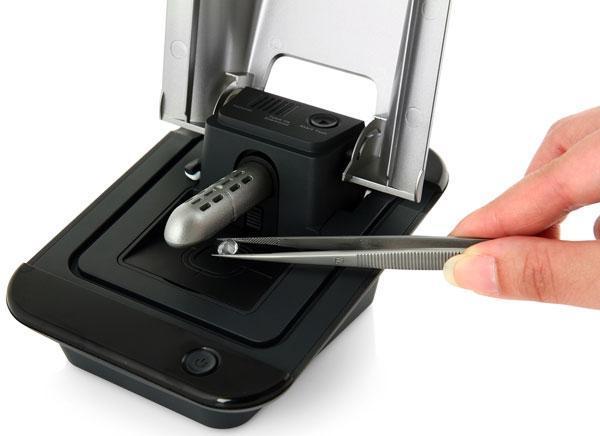 In nature it takes billions of years to produce a diamond, or a laboratory can grow one in days and to the untrained eye, it looks the same. For De Beers, telling the difference is fundamental to protecting its reputation as the world's leading diamond firm by value and holder of a roughly 30 percent share of the market for genuine rough diamonds.

Barabra Lewis from Reutuers explains the challenges. De Beers guarantees all its own mined diamonds are natural, authenticates diamonds for third parties and makes money from selling its detection equipment.

Increasingly sophisticated technology to produce synthetic diamonds drives industry-wide demand for the means to determine whether a stone was created in the earth's mantle or is man-made.

The difference is more than emotional. Synthetic diamonds sell for an estimated 30 percent less than the real thing and have no investment value. Any unscrupulous retailer passing off the man-made as natural would be committing fraud.

"For the diamond business, the one thing you don't want is for consumers to lose trust," Jonathan Kendall, president of De Beers' International Institute of Diamond Grading and Research, said.

Far from the diamond-rich kimberlite rock of South Africa, staff at a De Beers laboratory in leafy Maidenhead, west of London, say they can determine with 100 percent accuracy whether a diamond is natural or synthetic.

De Beers itself has a unit that makes synthetic diamonds, but only for industrial usages, such as drilling and cutting. All the rough diamonds De Beers sells for jewelery are real.

If anything, the pressure on De Beers to be the industry standard has increased as its indebted parent Anglo American (AAL.L) has placed it at the core of a slimmed down portfolio, with a view to strengthening the balance sheet following a commodities rout.

They also say technological advances will produce more synthetic diamonds and of better quality, while natural production is expected to stagnate.

De Beers guarantees all its own mined diamonds are natural. It also authenticates diamonds for third parties and makes money from selling its detection equipment.

Kendall says that since De Beers took back a distribution license in late 2012 from the Gemological Institute of America, the world's biggest diamond grading laboratory, it has sold tens of millions of pounds worth of equipment to detect synthetic diamonds to other diamond traders and jewelers.

De Beers' synthetic diamond unit Element Six, the world's leading supplier of synthetic industrial diamonds, takes its name from the place of carbon, from which diamonds are made, in the periodic table.

De Beers does not break out Element Six's results, but says demand is affected by factors such as a slow-down in drilling because of cheaper oil.

At the Maidenhead laboratory, the 80 scientific and technical staff describe their relationship with Element Six as poacher versus game keeper, or cat and mouse, as Element Six strives to produce synthetic diamonds that are indistinguishable from real - so far an unattainable goal.

Two techniques are used. High Pressure, High Temperature (HPHT) involves dissolving carbon, usually in the form of graphite, in a molten metal at a very high temperature and exerting pressure of 55,000 atmospheres – the equivalent of standing the Eiffel Tower upside down on a drinks can.

A second method, Chemical Vapour Deposition (CVD), mixes a hydrocarbon, such as methane, and hydrogen in a vacuum chamber and introduces a seed diamond around which multiple diamonds can form.

In both cases, the resulting structure differs from the natural shape created over billions of years. It can be disguised by cutting and polishing but the luminescence imaging of the De Beers detection equipment makes the difference obvious.

Apart from bars that show up across the synthetic structure, once inside the detection equipment, a laboratory grown diamond also sparkles with a different color from a natural one.

"Looking at luminescence colors using ultraviolet light is common practice in gemology, but the DiamondView instrument from De Beers Technologies is unique," the company said. 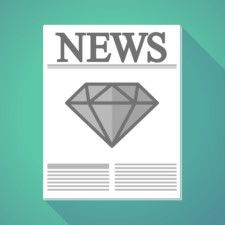