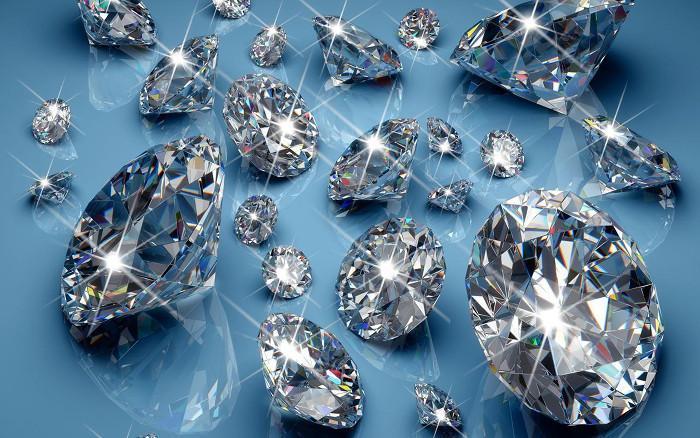 Fiery and radiant, diamonds are fascinating. They are probably the most prized and popular gemstone in the world, symbolizing status and true, everlasting love. But there are also some curious facts and myths surrounding them. Diamonds are known not only for their beautiful appearance but also for their remarkable physical qualities.

The name derives from the word "adamas," meaning unconquerable or indestructible, as a reference to the gem's exceptional hardness.

The million years old pure carbon crystals are formed deep in the planet's mantle, bellow continental masses, where the perfect conditions of depth, pressure, and temperature are reunited to form them to occur. Diamonds are an ancient gift from the Earth's core, brought to the surface by deep-source volcanic eruptions.

Over the last century, diamonds became a symbol of commitment and love, having become the most popular gemstone for engagement rings. As they grew in popularity, some myths and misconceptions erupted around them. We gathered four myths about diamonds that you probably didn't know about:

Diamonds are precious and difficult to find, but they are also less rare than you may think. They are one of the most common minerals in the universe, with solid masses of carbon forming inside giant planets.

Despite that, diamond is hard to discover and mine, and only 20 percent of all mined diamonds on Earth are gemstone quality. But even if only a fraction of all diamonds is suitable for jewelry, compared to other gemstones, diamonds are one of the most common, frequently found on most jewelry boxes.

This is mostly true, however, with smaller white diamonds, as large and natural colored, high-quality diamonds remain rare. As you move onto higher sizes, availability of diamond decreases exponentially, and the price of a 2-carat gemstone quality diamond will be more than two times the price of a 1-carat piece, due to its rarity.

Myth 2: Diamond is an ancient symbol of marriage and love

Although the very popular diamond engagement rings may seem ancient, diamonds only became readily available in the last century. The idea that "a diamond is forever" and the widespread use of diamonds as a symbol of commitment and true love results from a DeBeers advertising campaign created in the 1930s.

The campaign aimed to change the way diamonds were perceived, by creating a link between diamonds and romance. As a result, the gemstone became a symbol of long-lasting love, and the diamond engagement ring became an essential element in every formal engagement.

Myth 3: Diamond is the fieriest gemstone

Diamonds can make a good investment, but only with the right knowledge, training and information about the business. For the average person, who buys diamonds to be worn, it is challenging to make any profit from reselling a diamond, especially if it is already set on an engagement ring or hasn't any unique fact or background history.

Thanks to our friends at Jewelry Cult who first published this story.