Anglo American Plc is no longer a darling at JPMorgan Chase & Co.

After almost three years of rating the mining giant’s stock as overweight, the firm downgraded it to neutral on Wednesday citing a trio of concerns — shares no longer look as cheap, the company’s 2020 earnings may see a cut and capital returns may be constrained in the first half of the year. Shares slid as much as 3 percent in London, leading declines among basic-resource companies in the Stoxx 600. 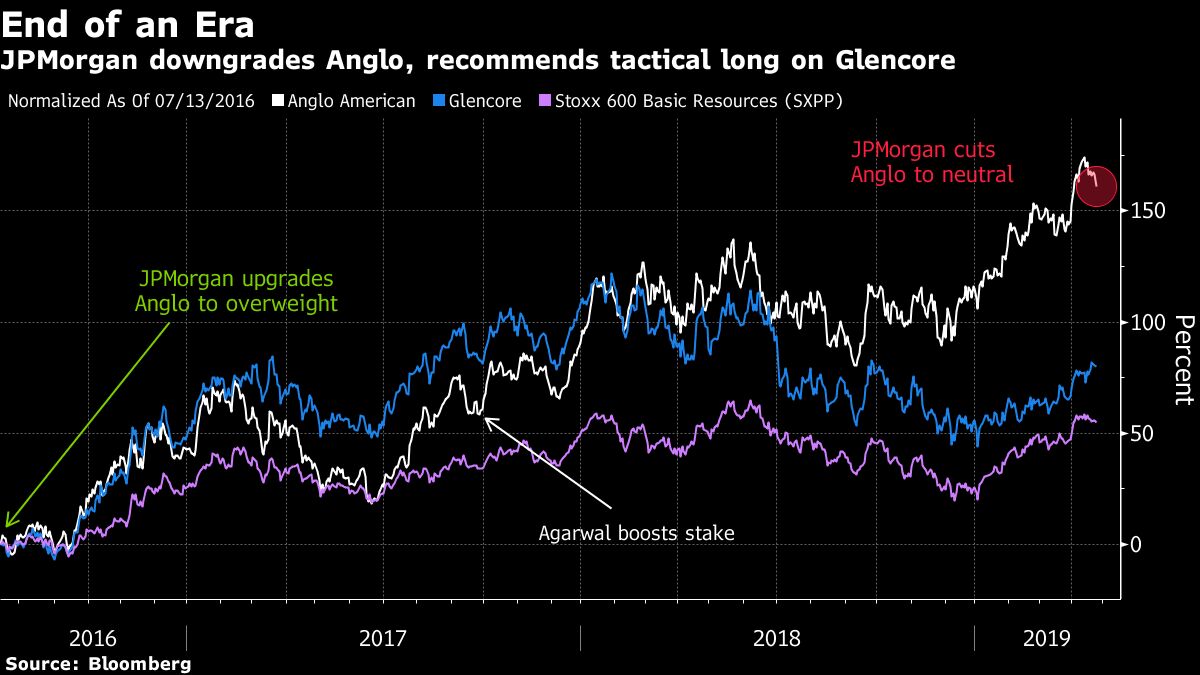 Anglo, which was “excessively cheap” relative to peers in the past, has narrowed the gap since, and no longer carries an “obvious South Africa risk premium,” JPMorgan analyst Dominic O’Kane wrote in a note. He recommends a “tactical” long on Glencore Plc against a short Anglo American based on momentum, superior shareholder returns and better risk/reward ahead of the next earning season.

Anglo American now faces serious risks ahead, with a high degree of uncertainty about its Minas Rio tailing dam project in Brazil, O’Kane wrote. Without an approval by the end of the year, it would have a 20 percent negative impact on 2020 earnings, he estimates. The potential delay in the approval could also weigh on Anglo’s capital return when the company reports its first-half earnings on July 25.

The miner’s stock has jumped about 170 percent since JPMorgan turned overweight in July 2016, including a boost from Indian billionaire and Vedanta Ltd. owner Anil Agarwal increasing his stake in the miner in 2017.