Russia’s Verkhne-Munskoye mine produces yet another rough stone 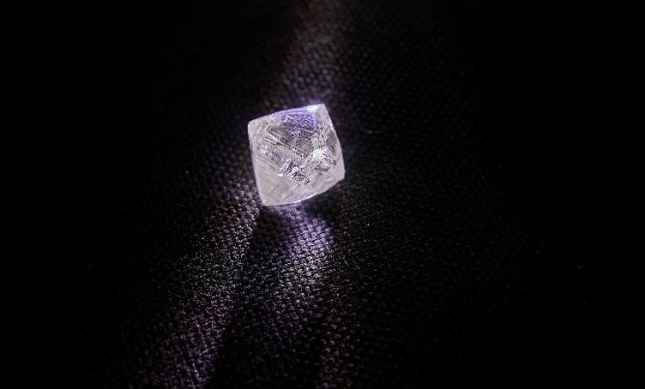 The Verkhne-Munskoye, one of the largest diamond mines in the world, produced a unique gem-quality rough diamond weighing 98.8 carats. The stone was found in the Zapolyarnaya kimberlite pipe.

The mine Verkhne-Munskoye, which is operated by ALROSA, is located in the Sakha Republic, also known as Yakutia. Reportedly, the mine has estimated reserves of 40 million and is projected to produce 1.8 million carats annually.

The gem-quality 98.8-carat stone is an octahedral, with inclusions in the peripheral and intermediate zones. It is transparent with a visible yellow shade.

"This is the second major find since the launch of the deposit last October. It allows us to speak about the great potential of the Verkhne-Munskoye deposit. Not every kimberlite pipe regularly brings large diamonds over 50 carats. Especially when it comes to such a large crystal, like this one - weighing almost 100 carats. Despite some inclusions, it is clear that this is a high-quality stone. After a detailed study and evaluation, I believe it will be transferred to Diamonds ALROSA cutting and polishing division,"Evgeny Agureev, Member of the Management Board, Director of the United Selling Organization at ALROSA, said.

The first large gem-quality diamond was mined here in the late fall, shortly after the official launch of the deposit on October 31, 2018. The weight of the crystal was 51.49 carats.
...