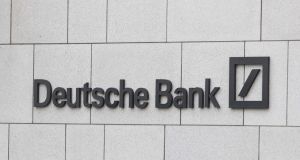 Deutsche Bank has had to pay the highest financing rates on the euro debt market for a leading international bank this year, in a further sign of the German lender’s uphill struggle to reduce its funding costs.

The bank raised eyebrows last week when it sold a total of €3.6bn in euro-denominated debt, paying 180 basis points (1.8 percentage points) over the benchmark for a two-year bond, a steep rate for short-term funding.

It also paid 230basis points over the benchmark on a seven-year bond, a higher rate than domestic Spanish lender CaixaBank, which recently raised five-year bonds at 225 basis points, according to capital markets news service IFR.

For decades, cheap financing had been the cornerstone of Deutsche’s competitive advantage, with its perception as a “de facto” extension of the German state guaranteeing rock-bottom funding costs that helped it break into the top ranks of global investment banking.

However, post-crisis regulations to protect taxpayers from “too big to fail” lenders have eliminated this edge and more recent capital rule changes now require even senior bondholders to take losses if a bank fails, further pushing up costs.High interest rate payments could price Deutsche out of transactions with some of its most important institutional and corporate clients, analysts say, exacerbating market share declines in key businesses.

The financing cost rises were another headwind for Deutsche, said Barclays analyst Amit Goel in a report, adding that in an “adverse scenario” for funding, the bank could face a 35 per cent hit to its pre-tax profit, significantly...