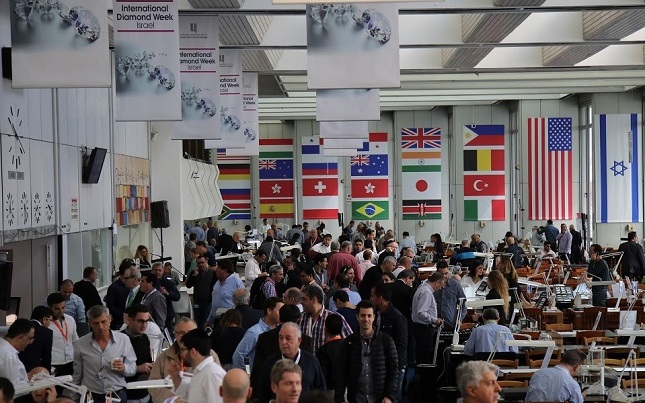 (IDEX Online) – A gang of thieves suspected of carrying out a diamond theft during the International Diamond Week at the Israel Diamond Exchange (IDE) at the end of January, were arrested a few hours after the theft, the IDE said in a statement. <?xml:namespace prefix = "o" ns = "urn:schemas-microsoft-com:office:office" /?>

The arrests took place after the IDE’s security team quickly alerted the police and supplied a picture of one of the suspects.

The gang of nine, who are suspected of stealing a suitcase containing diamonds worth tens of thousands of dollars from the IDE trading floor, were arrested the same day at the Israel-Egypt border by Israel Police and Border Control, before they were able to leave the country.

IDE President Yoram Dvash said, "The rapid arrest of the suspects was facilitated by our immediate cooperation with the Israel Police and security forces. The security system of the Israel Diamond Exchange is one of the best in the world. We will continue to do everything necessary to maintain the security and property of IDE members and buyers within the diamond complex.”

IDE’s security system detected the disappearance of a diamond case at IDWI, and within minutes details and CCTV footage were transferred to the police, which immediately opened an investigation.

IDWI, the largest annual event of the diamond industry, was held on the trading floor of the Ramat Gan exchange from January 28 to 30, 2019. Over 350 buyers from around the world participated in the exhibition - an all-time high in a diamond exhibition in Israel. During the event IDE opened a first-of-its-kind live auction center....