During the selloff in December, the BOJ shed $31 billion, but in January it piled on.

One: The balance sheet is now 101.5% of Japan’s nominal GDP (¥549 trillion, not adjusted for inflation), which makes it over five times as large in terms of the economy as the Fed’s $4-trillion balance sheet, amounting to 19.6% of US nominal GDP ($20.6 trillion). This is how crazy the situation at the BOJ has become: 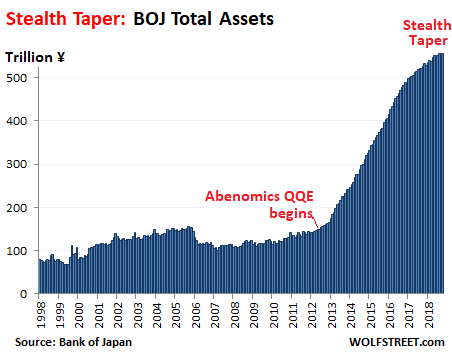 Two: The BOJ is now proceeding with its QQE – “quantitative and qualitative easing,” as it calls this monster – in a special sort of dance: Two steps forward, one step back – increasing its balance sheet two months in a row, then in the third month unwinding about one-third of the increase of the prior two months.

This dance series started in December 2017[2]. December 2018 had been the fifth step back. And January was the next step forward. Among QE-besotted central banks, this dance is unique. This chart shows the month-to-month changes of the balance sheet. Note that the December “step back” was maintained despite the selloff in the markets: 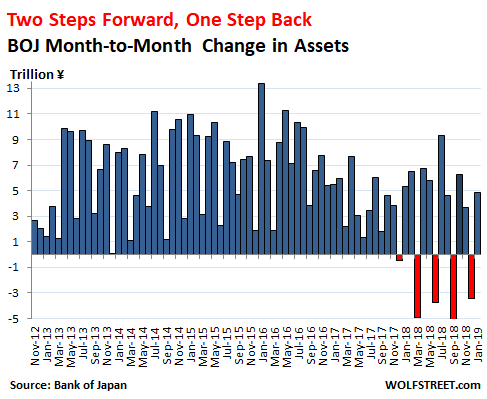