Should We Worry About Government Deficit? 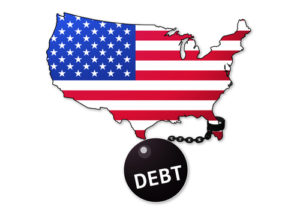 If our elected leaders are not concerned about the government deficit, should the citizens be worried?

Governments worldwide spend more than their total revenue and borrow to make up the difference.

The government now pays interest on $21.6 trillion. Below is a graph tracking the 10-year interest rates on US treasuries. 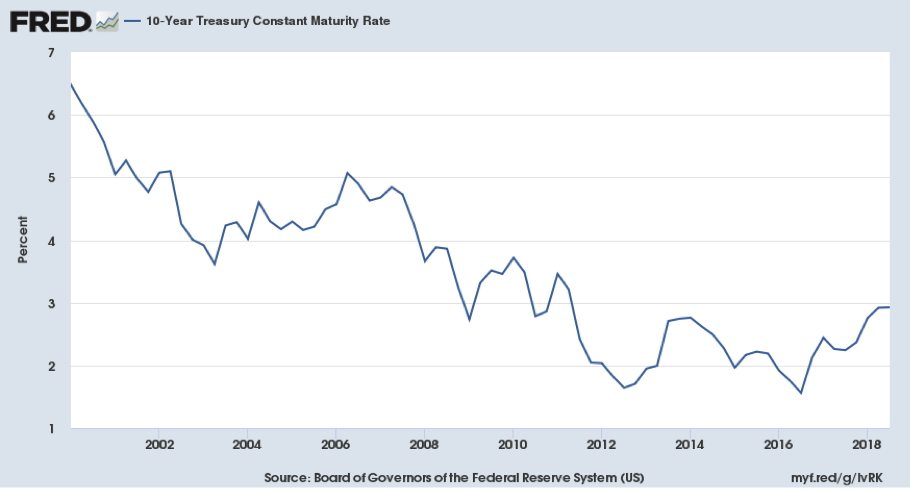 Since December 2016, interest rates have roughly doubled, from 1.5% to 3%. The 1.5% increase adds $324 billion in interest cost to the deficit annually and will continue to rise.

The New York Times (NYT) reports, “As Debt Rises, the Government Will Soon Spend More on Interest Than on the Military”[2]:

“The federal government could soon pay more in interest…than it spends on the military, Medicaid or children’s programs.

The run-up in borrowing costs is a one-two punch brought on by the need to finance a fast-growing budget deficit, worsened by tax cuts and steadily rising interest rates that will make the debt more expensive.

…. But the tax cuts passed late last year have created a deeper hole, with the deficit increasing faster than expected.”

The NYT publishes select facts to push their political bias.