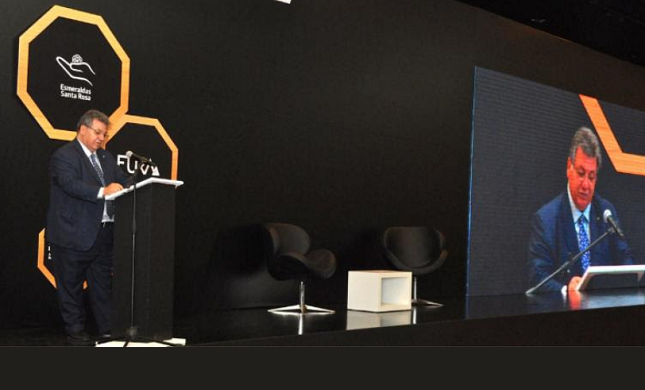 (IDEX Online) – CIBJO President Gaetano Cavalieri has called for the creation of government monitored chokepoints for the colored gemstone sector, at which it will be possible to verify the integrity of merchandise accessing the chain of distribution, similar to national Kimberley Process Authorities that verify the identity of rough diamonds entering the global pipeline. <?xml:namespace prefix = "o" ns = "urn:schemas-microsoft-com:office:office" /?>

He was speaking at the opening of the World Emerald Symposium, which started in Bogotá today, and will precede the start of 2018 CIBJO Congress on October 15.

While regulators to date have focused their attention on diamonds and precious metals, the period of grace for colored gemstones is coming to an end, Cavalieri said. "We have to meet the challenge. And we need to do to that without threatening the livelihoods of the men and women who have earned their living over the years from the colored gemstone trade," he stated.

"Given the wide variety of colored gemstones and the massive number of small companies involved in their production and distribution, it is unlikely in the foreseeable future that a single regulatory umbrella body will be established for the colored gemstone sector, like the Kimberley Process. But if the trade and government cooperate, on a country by country basis, it may be possible to establish a multitude of chokepoints, which can verify and certify the integrity of the gemstones in their respective regions of jurisdiction," Cavalieri continued.

"The incentive for governments to join with industry in creating such national chokepoints would be to defend and grow the market share of their own gemstone industries," he stated. "But that is not the only...