The bond investor noted the S&P 500 was strangely outperforming the rest of the world's equity markets since the summer into this month.

"I said [before] ... if the global stock [market] is going to take out the low and put in a new low, something bad must be happening. I don't think the U.S. can hold in there," he said Thursday on CNBC's "Fast Money Halftime Report[2]." "Well what happened as rates broke to the upside ... the global stock market ex-U.S. did take a new leg down and did go to a 12-month low. And it's interesting the S&P 500 did what I said. ... That is join the global stock market on the way down." 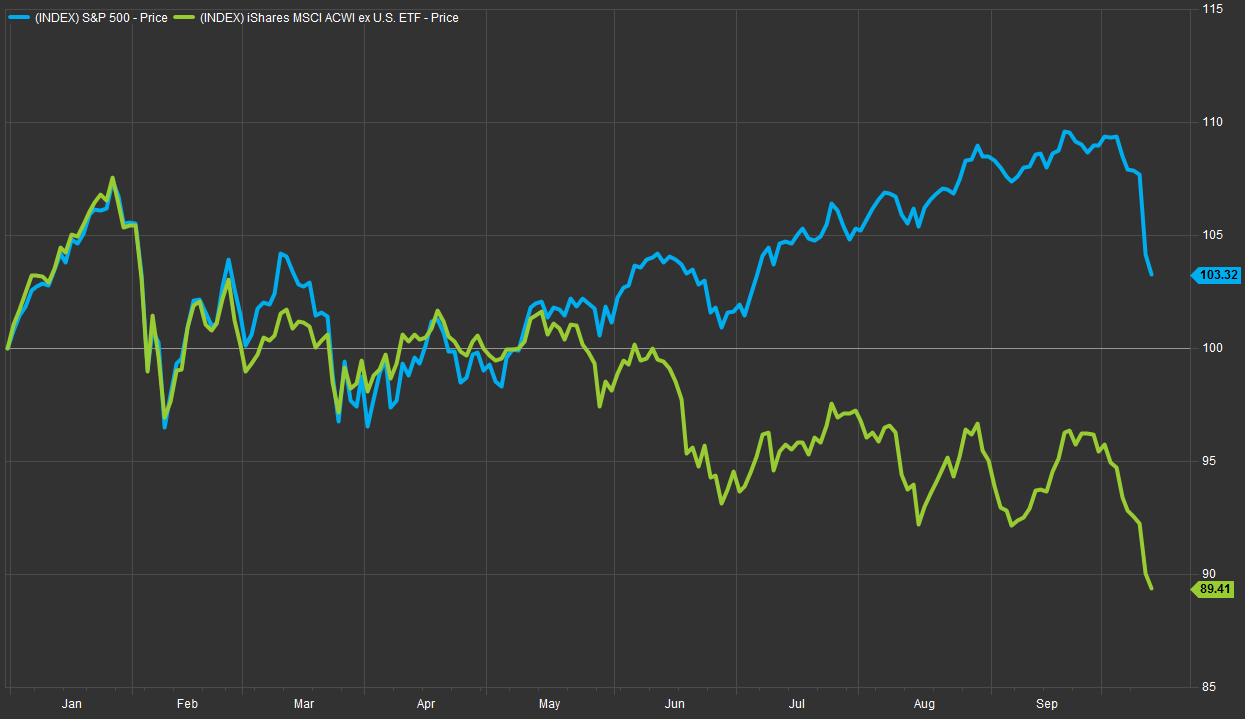 On Wednesday, the Dow Jones Industrial Average[3] declined by more than 800 points and the S&P 500 fell by 3.3 percent as investors worried about the negative effects from the rising interest rate environment .

The sell-off came a day after the 10-year note yield[4] traded above 3.25 percent hitting its highest level since 2011. This occurred about a week after Federal Reserve Chairman Jerome Powell said in an interview with PBS that the central bank is a "long way" from getting rates[5] to neutral, which pointed to a possibly more aggressive path for rate hikes.

The iShares MSCI ACWI ex U.S. ETF[6], which tracks the performance of a rest of the world ex-U.S. equity index, is down 10 percent this year through Wednesday...