We casually refer to “the stock market” all the time. And whatever the Dow Jones, the S&P 500, and the Nasdaq are doing is generally accepted as how “the market” is doing.

But there are about 3,600 publicly traded stocks between then NYSE and the Nasdaq. Drilling deeper into market internals tells us what the market is really made of, the true structure and state of its underlying integrity, as opposed to the cursory snapshot that the indices provide.

So how well is a market really doing when three times as many stocks are trading at their lowest levels in a year as compared to those trading at 52-week highs? 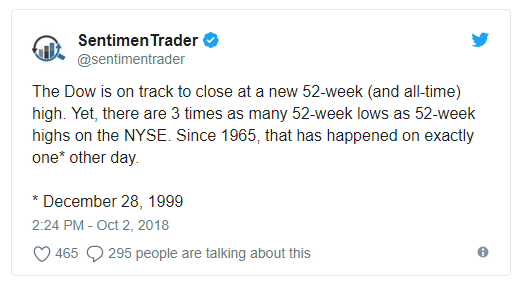 There have been two days since 1965 have seen 3x as many NYSE stocks at year-lows than at year-highs while the Dow traded at an all-time high.

And now this oddity has occurred again. And one of the major forces driving it is the massive rise in index investing: 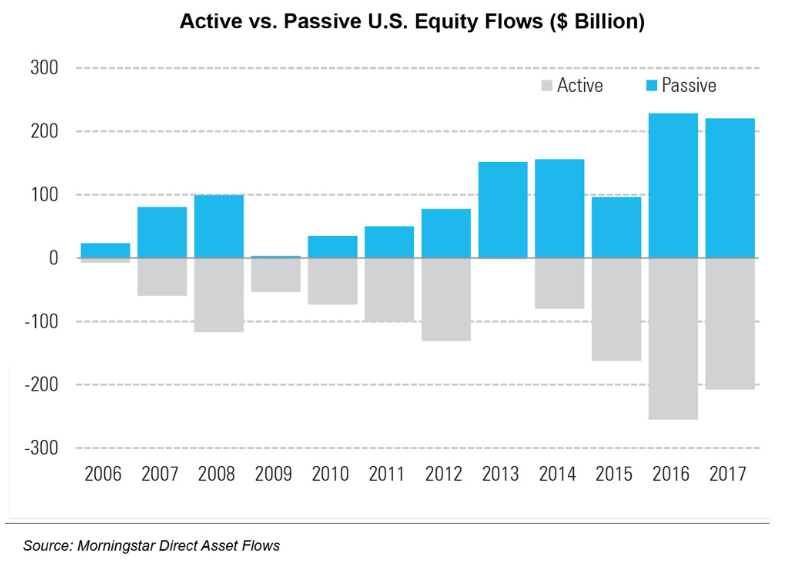 As investors started to realize that they were getting fleeced paying for active management of mutual funds that routinely underperformed super-low-fee index funds, there was a sea change in individual investor behavior, as seen in the above chart.

The mechanics of that are important. Take the huge inflows that have moved into S&P 500 Index funds. That means that 500 individual stocks have seen blind, persistent...