Companies are warning about declining profits

After consecutive quarters of near-record profit growth, companies are starting to lower expectations.

With third-quarter earnings right around the corner, S&P 500[1] companies are cutting their outlooks at levels not seen since the first quarter of 2016, when corporate America was in a profits recession.

In all, 98 companies have offered guidance — 74 have provided a negative outlook, meaning they expect earnings to come in below Wall Street estimates, while just 24 have been positive, according to FactSet. The 76 percent negative-to-positive balance is above the long-term average of 71 percent.

Moreover, it comes at a pivotal moment as the Dow Jones industrial average[2] and the S&P 500[3] both hit records last week. 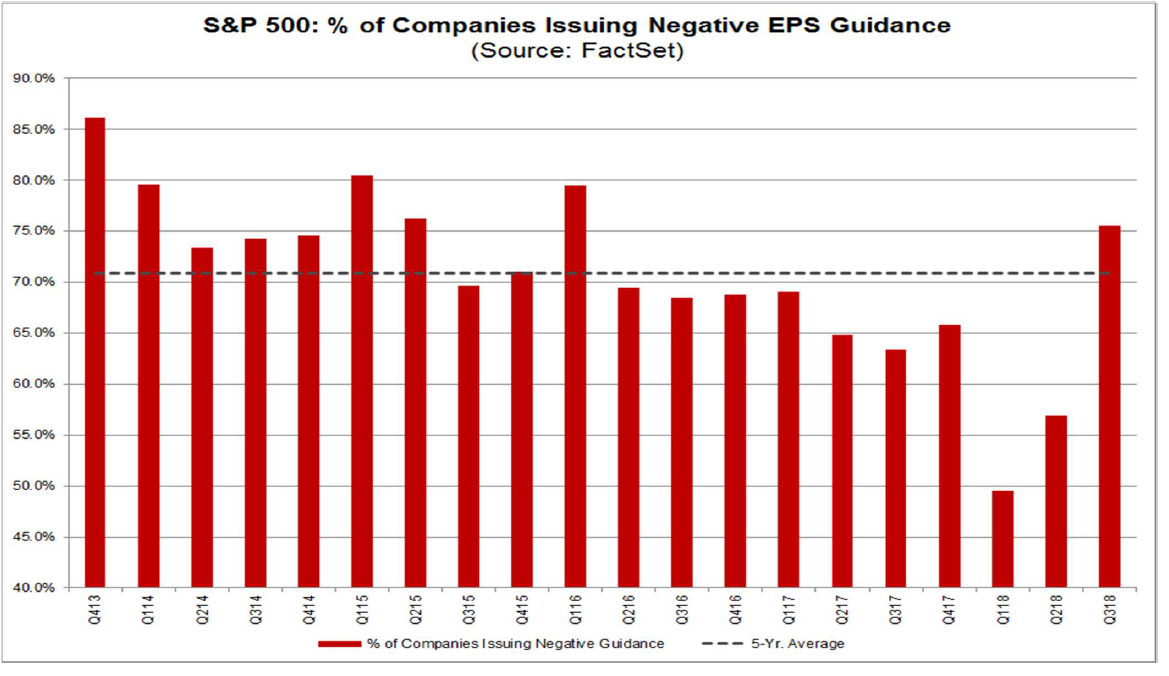 Earnings have been on a roll lately, with both the first and second quarters posting growth rates around 25 percent. Those growth rates, though, are expected to diminish considerably. The third quarter is projected to come in at 19.3 percent while the fourth quarter likely will slow to 17.3 percent, resulting in a full-year rate of a robust 20.4 percent, FactSet estimates.

While that's still a healthy growth rate, investors need to be attuned to changing expectations and what that might mean for the market.

Tobias Levkovich, chief U.S. equity strategist at Citigroup, cast some doubt on the expectations for 2019, telling clients, that "we believe current double-digit forecasts for profit growth seem excessive. Thus, caution may be appropriate."...