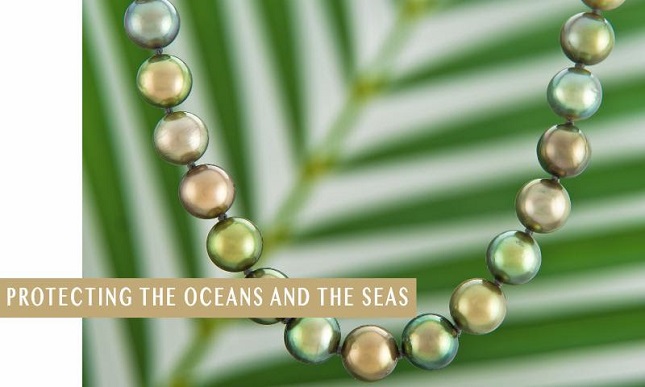 (IDEX Online) – With fewer than three weeks to go to the opening of the 2018 CIBJO Congress in Bogotá, Colombia, on October 15, the seventh of the CIBJO commissions' Special Reports has been released. <?xml:namespace prefix = "o" ns = "urn:schemas-microsoft-com:office:office" /?>

Prepared by the CIBJO Pearl Commission, headed by Kenneth Scarratt, it focuses on the growing commitment of pearl farmers from around the world to set the golden standard for sustainability in a marine environment.

"Mankind's impact on the earth's environment is not simply related to saving the elephants, lions and the rhinoceros, or wild orchids, while these have great urgency. But they are no greater than the significant issues surrounding how we control the massive volume of rubbish generated globally that enters our oceans and seas," wrote Scarratt.

Surveying a list of ongoing projects from the Philippines to Australia, the Indonesian archipelago to West Papua, and Fiji to Bahrain, Scarratt describes a community whose long-term livelihood is dependent on its ability to maintain a pristine ocean environment, and to provide economic opportunity to the far-flung indigenous communities where pearling is carried out.

"Pearl farming has often been described as ecological aquaculture," notes Scarratt, quoting the Blue Pledge, a new initiative that aims to unite pearl farmers who actionably seek to contribute to the health of the oceans and the global climate. "Pearl oysters are filter feeders that require pristine water conditions in order to produce high-quality pearls. They are also recognized as an indicator species, meaning that any decline in water quality has a direct impact on oyster health, pearl quality, and oyster mortality.