U.S. trade deficit remains on track for 10-year high after climbing 7% in June 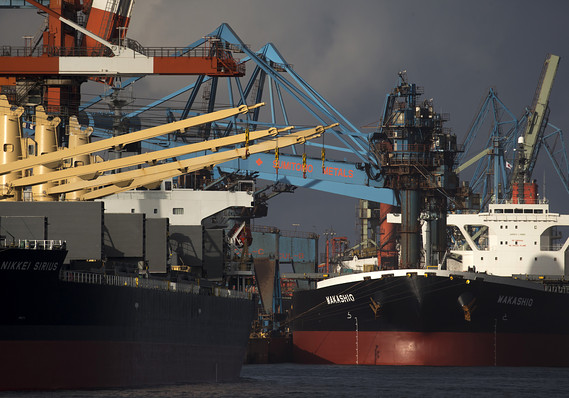 Bloomberg News/Landov The U.S. trade deficit rose in June for the first time in four months and is still on track in 2018 to exceed last year’s $552 billion gap. The numbers: The trade deficit rose 7% in June to mark the first increase in four months, keeping the U.S. on track to post the largest annual gap in a decade even as the Trump White House escalates tariffs in an effort to bring it down. The deficit climbed to $46.3 billion from a revised $43.2 billion in May, the Commerce Department said Friday[1]. Economists polled by MarketWatch had forecast a $46.6 billion gap. 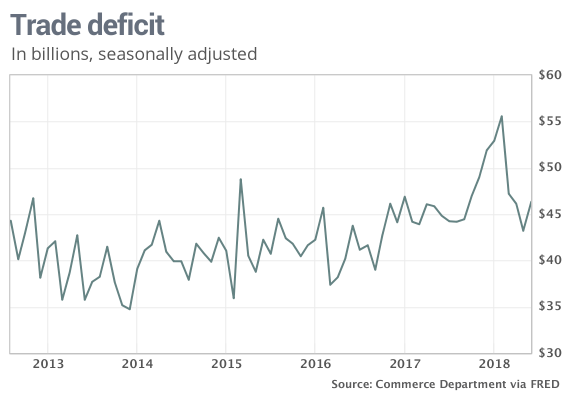 The U.S. trade deficit added up to $291 billion in the first six months of 2018, compared with $272 billion in the first half of 2017. What happened: U.S. exports fell 0.6% to $213.8 billion just a month after hitting a record high. The biggest drop was in new cars and trucks. Exports of drugs, jewelry and passenger planes also declined. Soybean exports surged again following a similar spike in May as buyers sought to stock up before retaliatory tariffs took effect. Soybean shipments were nearly 50% higher in the first six months of this year as compared with the comparable period in 2017: $15.2 billion vs. $10.9 billion. Exports could soon taper off sharply, though, as the tariffs kick in. Imports rose 0.6% to $260.2 billion. The U.S. imported more oil and pharmaceutical drugs. Oil imports were the highest in 3½ years. Drug imports were significantly higher compared with a year earlier, in perhaps another case of pre-tariff buying. Tariffs imposed by President Trump on foreign steel and...