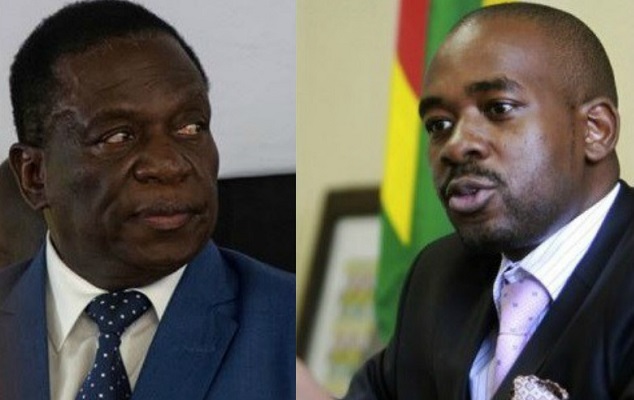 (IDEX Online) – Following Zimbabwe’s first election since the ouster of Robert Mugabe last November, counting has begun after millions of people turned out to vote in scenes that were reminiscent of those in neighboring South Africa's first free elections in 1994.<?xml:namespace prefix = "o" ns = "urn:schemas-microsoft-com:office:office" /?>   Polling officials in the capital, Harare, and surrounding towns reported that between 75% and 85% of registered voters had voted. The full results will not be known until later this week, and possibly not until the weekend, with reports suggesting a tight race.                                                                                           There was a stark contrast in leaders facing voters: current president Emmerson Mnangagwa, 75, who served Mugabe for decades and head of the ruling Zanu-PF party, and Nelson Chamisa, 40, the leader of the main opposition party, the Movement for Democratic Change (MDC), who has little experience in government.   International observers offered a mixed set of reports on voting. Elmar Brok, the chief observer for the European Union, said the voting had been “very smooth” in some cases and “totally disorganized” in others. Meanwhile diplomats in Harare are reported to have the said the playing field had not been level.   The MDC, for its part, claims its performance at the polls has been hit by a flawed electoral roll, ballot paper malpractice, voter intimidation, bias in the Zimbabwe electoral commission and financial handouts to voters from the ruling party.   Almost 37 years of misrule by Mugabe, the country's economy is in a disastrous state, with high jobless rates, poor education and health services and infrastructure that is falling...