A funny thing happened in the middle of one of Mike Maloney's deep-research sessions recently. As you know, he just released a brand new presentation[1], but while analyzing the stock market he wasn't satisfied with the way most valuation measures were calculated. With all due respect to Warren Buffet, even his indicator fell short in Mike’s view. It was time for something new, something more insightful, something more accurate.

Mike’s refusal to settle for “good enough” culminated in his own metric: the Market Fragility Index. Here’s your peek into this brand new economic indicator, found in Part II of his 5-part Early Warning Report[2]…

Warren Buffett, probably the most successful investor of modern times, came up with his own indicator to tell him if the stock market was overvalued or undervalued. He compares the size of the stock market to GDP, the premise being that the US stock market should not be bigger than the country’s annual economic output. If it is, the market is overvalued. If it’s smaller than GDP, it is, by varying degrees, undervalued.

From Mike’s presentation, you can see where the Buffett Indicator says we are today: 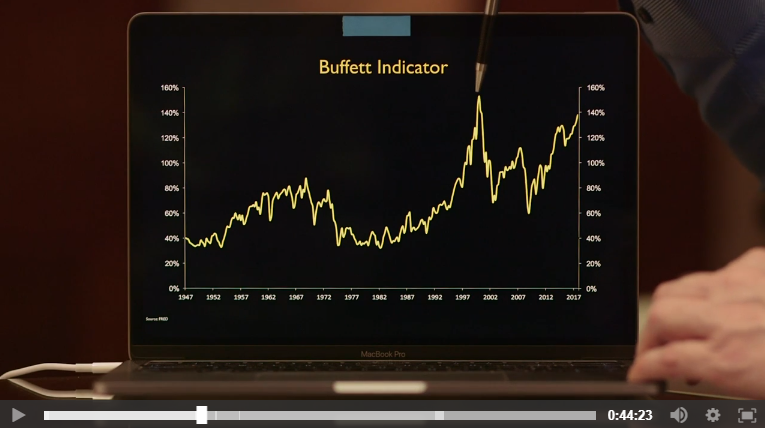 Right now, the stock market is 40% larger than the US economy. It’s the second-highest reading since 1947. In other words, Buffett’s own indicator says stocks are very overvalued.

But does this necessarily mean stocks will stop going up tomorrow? Just how fragile or vulnerable is the market at this point?