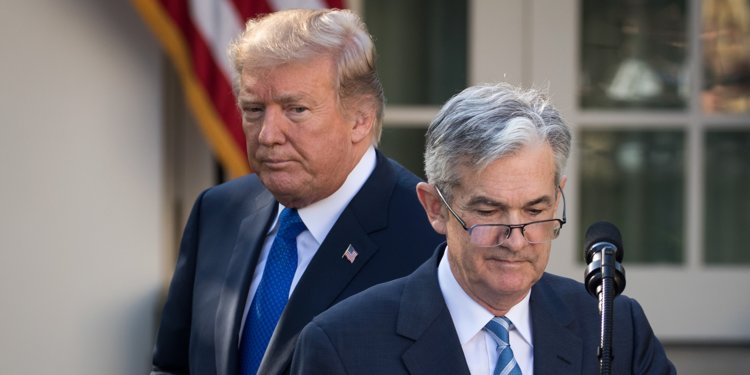 Federal Reserve Chair Jerome Powell, in an interview published Thursday, suggested he isn't sure how President Donald Trump's trade battles[1] are going to turn out.

But Powell told Marketplace's Kai Ryssdal[2] that business contacts across the US have raised alarm about Trump's trade policy to the 12 Federal Reserve branches.

"And we are hearing a rising level of concern about the effects of changes in trade policy," Powell said.

Recent reports from the 12 Fed branches reflect Powell's statements. Manufacturers in both the Kansas City Fed's and the Dallas Fed's most recent manufacturing surveys showed growing anxiety among businesses about Trump's steel and aluminum tariffs. In the latest Federal Open Markets Committee meeting minutes, a slew of members relayed concerns.

In the interview, Powell declined to forecast the exact economic effects of Trump's recent tariffs, but he did express support for lower trade barriers in general.

"The truth is this: Since War II we've had this trading system develop, and consistently tariffs have come down and trade has grown," Powell said. "And I think that's served the global economy, and particularly the United States economy, very well."

Trump has said his goal is to move toward a world with no tariffs or trade barriers. But given the lack of a clear plan to get to that point and a policy that is moving the US in the opposite direction, such a resolution appears distant.

Powell said that if Trump's trade barriers stay in place for...