One of the reasons gold is such an unparalleled store of long-term value is that it cannot be destroyed. The only way it has ever been created in any real quantity has been via gigantic outer space collisions[1], much to the chagrin of would-be alchemists through the years.

It is, in fact, possible to synthesize gold from metal like lead or bismuth. Tiny, tiny, tiny, amounts of atomic gold. So tiny, in fact, that given the immense quantities of energy required (not to mention a particle accelerator), it would cost about one quadrillion dollars per ounce[2] to create gold in this manner.

Easier to just find some gold already fully formed and just waiting to be discovered. Maybe in gold watch form, underwater, where it has been patiently biding its time for 180 years until yesterday.

Immune to the ravages of the elements[3], time, and the manipulative machinations of man[4], gold stands alone. 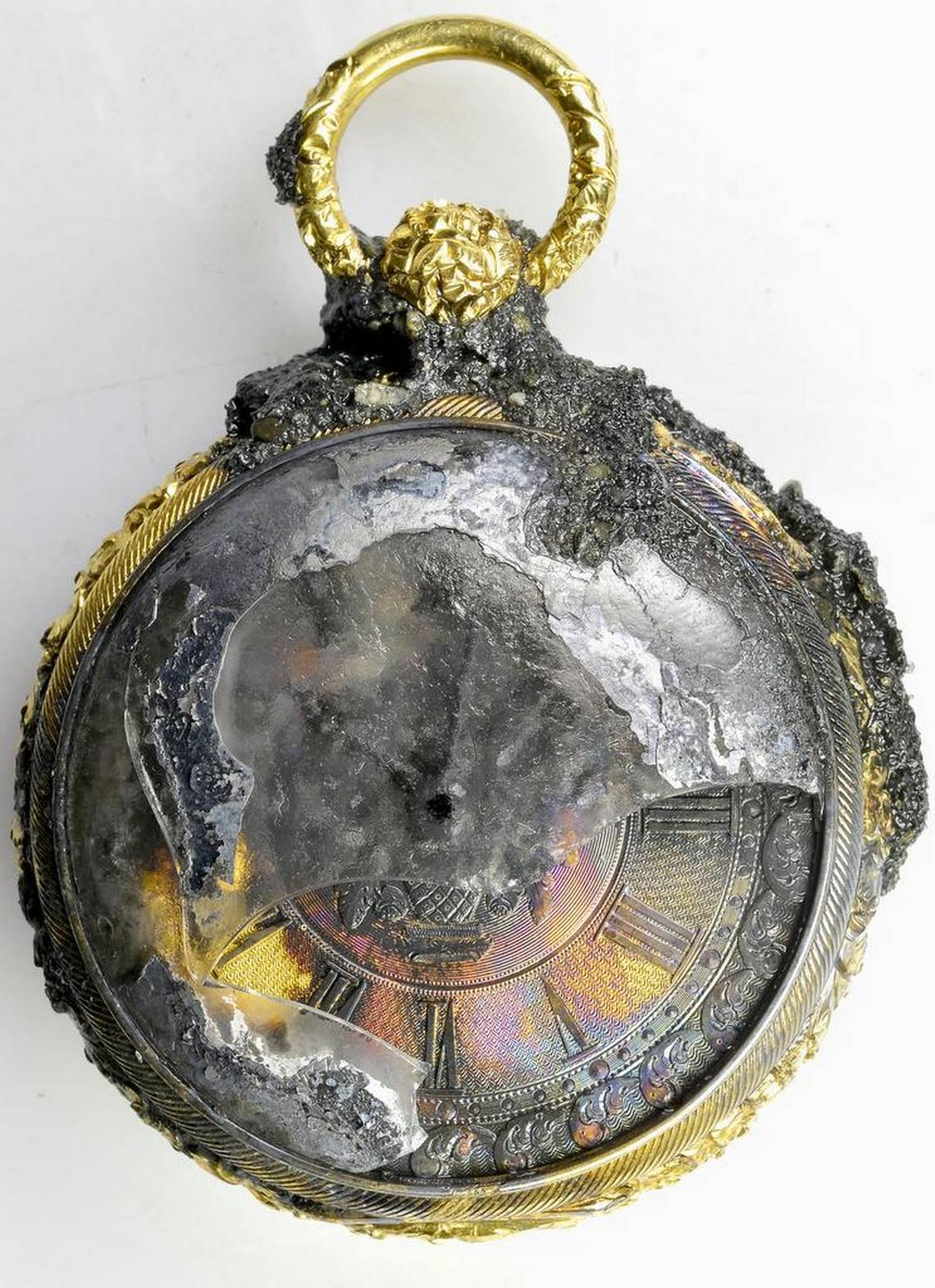 Divers recovering artifacts off the steamship Pulaski have made an eerie find that gives credence to eyewitness accounts of the night the ship sank in 1838, taking some of the nation’s richest people to the bottom of the Atlantic.

A mysterious “grapefruit-sized” encrustation found at the site off North Carolina’s coast turned out to be a heavily decorated solid gold pocket watch attached to a gold chain.

However, what has historians buzzing is the fact that the watch’s hands are frozen at 11:05.

That’s 5 minutes after the time witnesses say the ship’s boilers exploded on the night of June 14, 1838. The dramatic sinking, often referred to as “the Titanic of its time,” occurred...