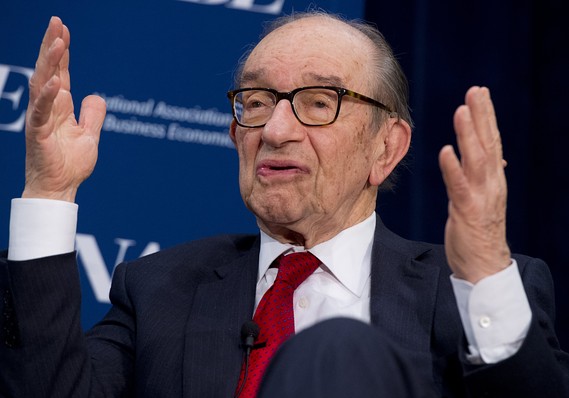 “The presumption that we are going up from here — I think is wishful thinking,” Greenspan said, in an interview on CNBC.[1]

Economists believe second quarter GDP could top 4% after strong gains in consumer spending and personal income, but Greenspan dismissed these as overly optimistic.

“Most forecasts that I’ve seen, which I find credible, show that while we are currently close to the 3% annual rate, we are not going to stay there,” he added.

Greenspan said the economy is moving from stagnation into “stagflation,” a damaging environment when inflation picks up and growth wanes.

“I don’t see how we get out of it,” without entitlement reform, Greenspan said.

He said the Trump tax cut and efforts to lower regulation on business are positive forces.