A Decade of Bubble Chasing, Learning Nothing, Same as It Always Is

In a larger sense, who hasn’t been lulled into a false sense of security, across all markets, at this point? Fed manipulation has given rise to the false perception of underlying economic health and the longest running bull market in stock market history. Sentiment is moving beyond “This time it’s different” to “This time, it’s permanent!”

We’re closing in on a full decade of laughing-gas economics, a gargantuan binge that can be summed up in a single word: More. Whatever it takes, in whatever amount, so long as we never have to come down. There will be no soft landing when we do. 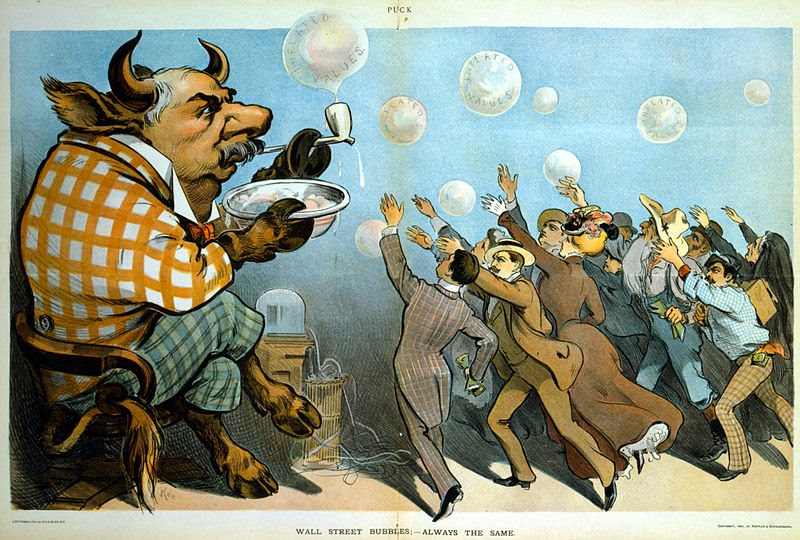 Turning points in a financial system usually occur in discrete phases. At first, new information that contradicts existing preconceptions is dismissed as unimportant. But as more such data accumulates, a growing number of people come to expect the new trend to continue.

In economist-speak, “expectations” change, and these become self-fulfilling prophecies, leading people to behave in ways that anticipate — and thus cause — more of the same.

Inflation is a classic example. When the cost of most things has been flat for a long time, a few scattered price increases don’t change any minds.

But when lots of things start costing more, everyone eventually decides that prices are rising generally and begin buying in anticipation, whatever the current price, which in turn causes prices to rise even faster....