The inflation numbers are out for April and the numbers show that the Core Personal Consumption Expenditure Deflator remained the same as March at 2.0% YoY. Although increasing, “inflation” remains tepid since The Great Recession ended (mostly under the 2% Fed inflation target).

While inflation remains tepid, things are anything but “business as usual” at Sears.  Sears’ stock price never quite recovered from The Great Recession and, like many big box retailers, has been “Bezos’d”.

(Bloomberg) Sears Holdings Corp. kicked off another fiscal year with declining sales from a dwindling number of stores, and more closings are on the way.

The operator of Sears and Kmart stores posted a first-quarter loss of $3.93 a diluted share. Revenue fell due to fewer stores and a 12 percent drop in comparable-store sales. The Hoffman Estates, Illinois-based retailer said Thursday that it has identified 100 unprofitable stores, and 72 of them will begin store-closing sales in the near future. It will announce the locations to close by midday.

Shares fell as much as 13 percent before the start of regular trading. The shares have lost 10 percent this year through Wednesday’s close. 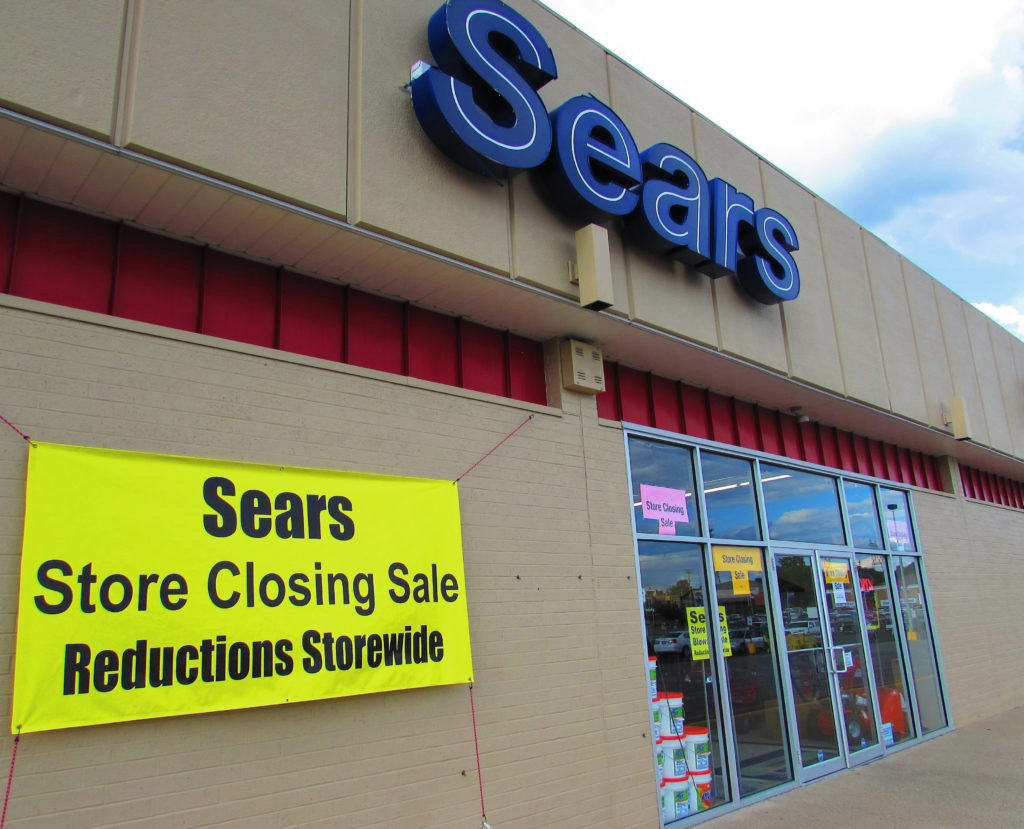