How to Drown: Paying With Debt to Pay for Debt Incurred by Past Debt

It’s as if the federal government is driving a car with no clutch, no brake, no steering wheel. There’s only an accelerator stamped with four all-caps letters. D-E-B-T.

Is this turning out to be our democracy’s fatal flaw? Is this an argument for longer term limits? What can be done to stop the vicious cycle of wild overpromising that is required to gain elected office, and then the subsequent excessive debt spending that is required in the impossible attempt to live up to those campaign promises?

The inexorable math of past promises is choking off our national fiscal lifeblood. Social security and Medicare remain unfunded liabilities that only set to become larger sinkholes[1] as damning demographics see baby boomers becoming elderly while the US birth rate hits all-time lows[2]. 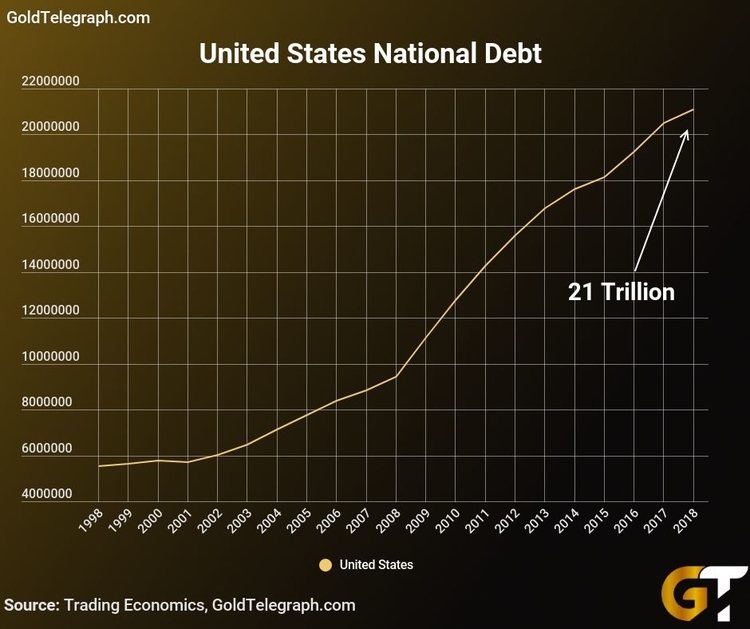 Do you feel as if you’re drowning in debt? It’s worse than you think. The U.S. government reached a new milestone when our country’s debt topped $21 trillion for the first time.

The national debt grows by an average of $17,000 every second – more than some people earn in an entire year. That’s only an average, and During the past eight months, the national debt grew by $52,000 per second. And the trend toward bigger and higher spending is only getting worse.

The ratio of national debt to GDP is at 105 percent, larger than the economy as a whole. In 1981, the national debt comprised a mere 31 percent of GDP. We are not moving in the right direction. The Treasury Department has plans to borrow $1 trillion this year[3], an 84% jump from last year.

During times of economic chaos, the government has historically resorted to giving the printing presses free...