Spiking yields are the billowing black smoke on the horizon; you can’t see or feel the fire from your vantage point, necessarily, but you can make a confident educated guess about what you’ll find when you get there.

Today we will summarize something I’ve been thinking about for a long time. Exactly how will we get from the credit crisis, which I think is coming in the next 12–18 months, to what I call the Great Reset, when the global debt will be “rationalized” via some form of nonpayment. Whatever you want to call it, I think a worldwide debt default is likely in the next 10–12 years. 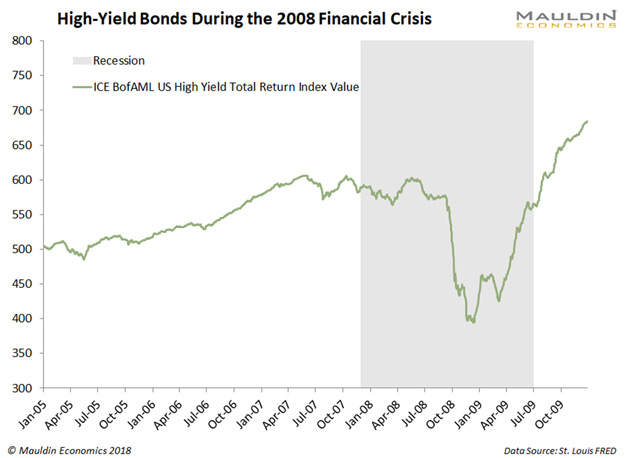 The problem will be what I mentioned last week: massive illiquidity. Trading can and will dry up in a heartbeat at the very time people want to sell. In late 2008, the high-yield bond benchmarks lost a third of their value within a few weeks, and many individual bond issues lost much more, in large part because buyers disappeared.

The experts who investigate transport disasters, crimes, and terror incidents usually create a chronology of events. Reading them in hindsight can be haunting—you know what’s coming and you want to scream, “Don’t do that!” But of course, it’s too late.

We do something similar in economics when we look back at past recessions and market crashes. The causes seem obvious and we wonder why people didn’t see it at the time. In fact, some people usually did see it at the time, but excessive exuberance by the crowds and willful ignorance among the powerful drowned out their warnings.