Adler: "The Fed's Been Lying About Inflation; It's Frighteningly High"

It’s starting to feel a whole lot like 2008 again. Everyone looking sidelong at each other as the market refuses to correct despite a steady stream of negative underlying data.

“Everything is still okay, right? Everything’s just going to keep going up because it just keeps going up, right?” Nobody wanted to miss out, so investors stayed in far too long, willfully ignoring eye-popping valuation metrics. The writing’s on the wall again. Plan accordingly.

Even by the deeply flawed and misleading Consumer Price Index (CPI), inflation is at the U.S. Federal Reserve’s target. By other measures that more accurately portray inflation, it is well above target. 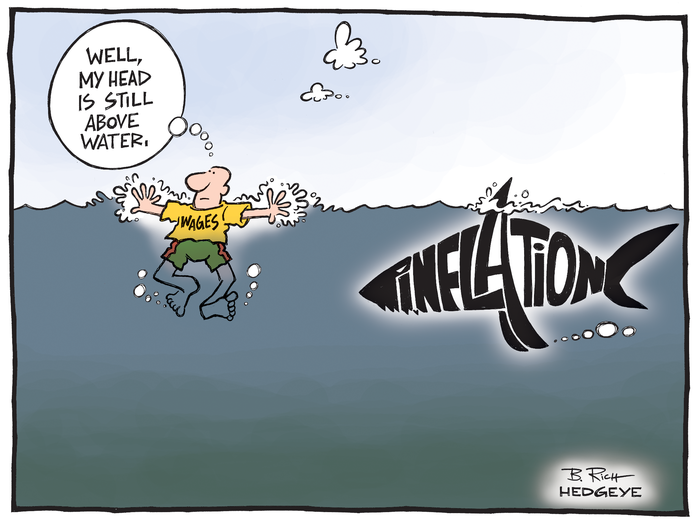 The Fed will not be deterred from continuing to tighten, continuing to remove money from the system, just because of the silliness that “CPI missed expectations.”

Furthermore, we know beyond a shadow of a doubt that, as the Fed raises the federal funds rate target, it will only stimulate more inflation. The Fed will always be behind the curve, because the Fed is always back there pushing the curve ahead.

Every time it raises the federal funds target rate, the Fed signals to the decision makers in the U.S. economy that it expects more inflation, and consumers and businesses behave accordingly.

And the fact is that we really have more – much more – inflation than they’re telling us.

ORIGINAL SOURCE: The Fed’s Been Lying to Us About Inflation; It’s Frighteningly High[1] by Lee Adler at Wall Street Examiner[2] on 5/18/18...