When You’re Tapped Out on Credit Cards, Time to Tap Your House

There are only two reasons to refinance your house right now.

The chart says is it all. Almost two-thirds of all refi money is now cashed out. Those responsible for the remaining third? Let’s wish them well as they recover from 10-year comas.

Because the current de facto American solution is never to scale back consumption. Just go further into debt, press that leverage, and assume the mistakes you’ve made to get to this point will somehow be fixed by doing more of what you’ve done to get here in the first place. 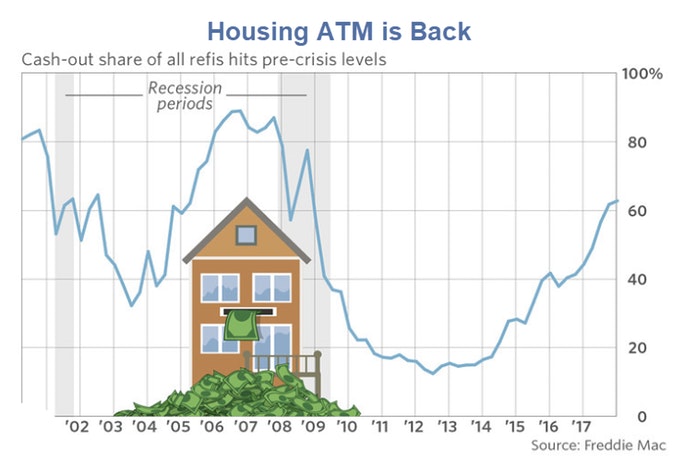 It makes little sense to refi at these rising rates. But here we are. With mortgage rates rising, one would expect refi activity to slow.

And it has: Refi Applications are at an 8-Year Low[1].

At these rates, refi activity should be in the low single digits. Yet, 36% of mortgage applications are refis. Are people pulling money out of their houses to pay bills?

That's how it appears, as Cash-Out Mortgage Refis are Back[2].