Few remember the nuts and bolts of how the banks got bailed out in 2008. It shouldn’t have happened, and in fact, the bailout bill didn’t pass in Congress. The Dow dropped 740 points from its highs of the day to the lows on September 29.

Immediately following this, certain ‘no’-voting Congressmen were backroomed and told by Wall St. scion Hank Paulson that, in no uncertain terms, the global economy was about to fail. Essentially, the world was ending, and it was their fault, and they had no choice whatsoever but to vote for the bailout. A revote was held. A near-identical bailout bill passed on October 3.

Ironically, the market was roughly unchanged from where it was when the first bailout bill failed, when the second bailout bill passed. Only then, once all was supposedly saved, did the market promptly crater, losing over 20% in a week, as the Dow plummeted from 10,500 to 8,000 over five trading days.

Wall St. forced Congress, by threat of financial Armageddon, to bail them out. We are well served to remember that when push comes to shove, Congress serves at the whim and pleasure of Wall St. Not vice versa.

I boldly assert that bankers (meaning the private finance sector) can be blamed for the Great Financial Crisis and for the economic policies implemented after the crisis. By bribing and intimidating the political class, most notably in the US, financiers achieved, and still enjoy, self-regulating, global markets in finance. 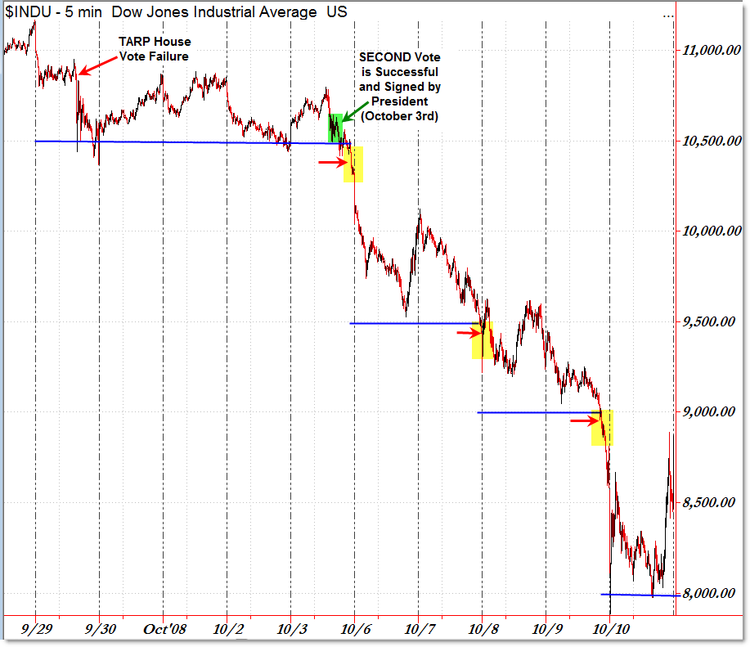 After the Great Financial Crisis of 2007-9, it was the finance sector that lobbied politicians into bailing out the private financial system. The system was on the brink of collapse, with the very real threat that hundreds of millions of deposit-holders would not...