The faces have changed since 2008, but the system is the same. And in the interim, the solution has not been to address structurally too-big-to-fail institutions, which have grown far larger than they were then, but to simply flood the system with currency, and float all boats.

The 2007-2008 US financial crisis was the consequence of a loosely regulated banking system in which power was concentrated in the hands of too limited a cast of speculators.

Since the crisis, G7 central banks have pumped money into private banks through an unconventional monetary policy process called quantitative easing (QE). QE is an overtly complex term that entails a central bank manufacturing electronic money and then injecting it into banks and financial markets in return for purchasing bonds or securities (or stocks). 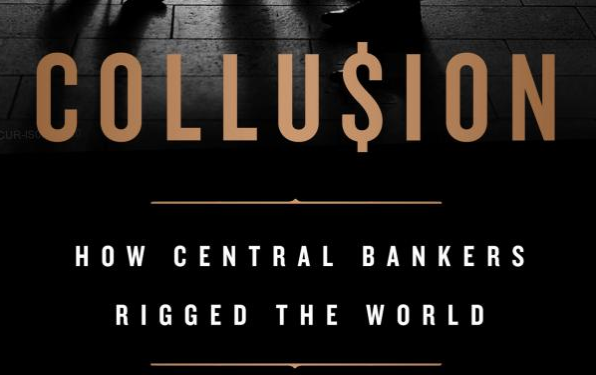 The result of this maneuver is to lift the money supply within the financial system, reduce interest rates (or the cost of borrowing money, disproportionally in favor of the bigger banks and corporations), and boost the value of those securities. The whole codependent cycle is what I call a "conjured-money" scheme, wherein the cost of money is rendered abnormally cheap.

Speculation raged in the wake of this abundant cheap capital much as a global casino would be abuzz if everyone gambled using someone else's money. Yet bank lending did not grow, nor did wages or prosperity, for most of the world's population.

Instead, central bankers created asset bubbles through their artificial stimulation of banks and markets. When these bubbles pop, the fragile financial system and economic world underlying them could be thrown into an economic depression. That's why central banks are so desperate to collude.

ORIGINAL SOURCE: How the Central Banks May Bring About Another Economic Implosion[1] by...