Bad bond deals are nothing new; this is the essence of the sub-prime collapse. Packaging D.O.A. debt and selling it as an investment is workaday stuff on Wall St. Commissions, fees, the general wash of money that flows into bank coffers…this is what these deals are about, why they are made in the first place.

What we are seeing in Puerto Rico is symptomatic of what could happen in the wider world. Bad debt time bombs are ticking in the US, the eurozone, and China.

Before Hurricane Maria hit last September, Puerto Rico was battered by the forces of another storm — a financial storm. 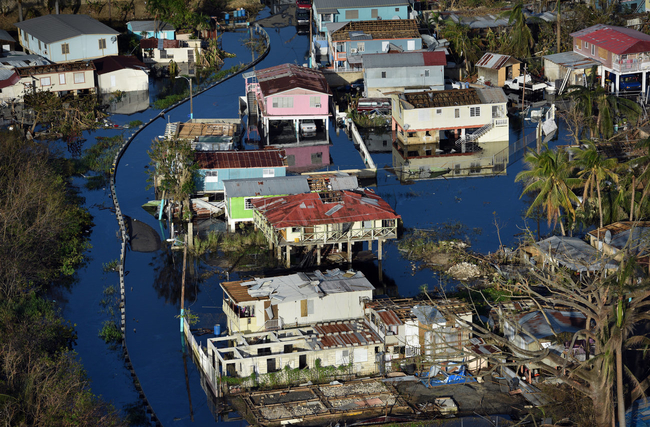 But it didn't fall into financial ruin all on its own: Wall Street kept pushing the Puerto Rican government's loans even as the island teetered on default, with a zeal that bank insiders are now describing with words like "unethical" and "immoral."

NPR and the PBS series Frontline spent seven months looking into Puerto Rico's difficult recovery from Hurricane Maria. And beneath the storm damage we found the damage from those economic forces, triggered by a government desperate for cash and banks and investment houses on Wall Street that made millions off that desperation.

Some of those banks found ways to make even more money that risked the financial future of not only the island but thousands of residents as well.