“Better safe than sorry” seems to be the operative phrase increasingly guiding foreign governments in their approach to gold reserves held in US vault.

Highly questionable internal audits (and zero external audits) leave the US government’s claims of 810 tons of federal gold open to debate. The world’s reaction to this “Come on, just trust us” approach is now resulting in hundreds of tons of gold leaving US custody.

The Turkish government has made the decision to repatriate all of its gold reserves that are currently housed in the US Federal Reserve System (FRS). Overall Turkey was storing 220 tons, valued at $25.3 billion, in the US, which it repossessed on April 19, 2018.

Turkey’s President Recep Tayyip Erdogan has toughened his stance against the US dollar (USD), declaring that international loans should be made in gold instead of the American currency. Ankara is seeking to reduce dependence on the US financial system. The gold’s homecoming was partly prompted by the US threats to impose sanctions if Turkey goes through with the signed deal to purchase Russian S-400 missile defense systems. 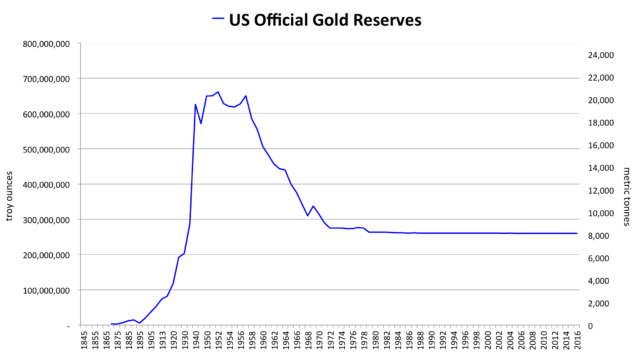 This is a dramatic move reflecting an international trend. Venezuela repatriated its gold from the US in 2012. In 2014, the Netherlands also retrieved its 122.5 tons of gold that were stored in US vaults. Germany brought home 300 metric tons of gold stashed in the United States in 2017. It took Berlin four years to complete the transfers. Austria and Belgium have reviewed the possibility of taking similar measures.

Few people believe the US Treasury’s assurances that the 261 million ounces (roughly 8,100 tons) in official gold reserves that are stored in Fort Knox and other places are fully audited and accounted for. The Federal Reserve has never been fully...