Consumer spending on goods and services – which includes anything from toys to rent and which accounts for over two-thirds of GDP – rose by 4.4% in March from a year ago, according to the Bureau of Economic Analysis this morning. This growth rate is in the upper third of the range of the past few years. Solid but not spectacular comes to mind. 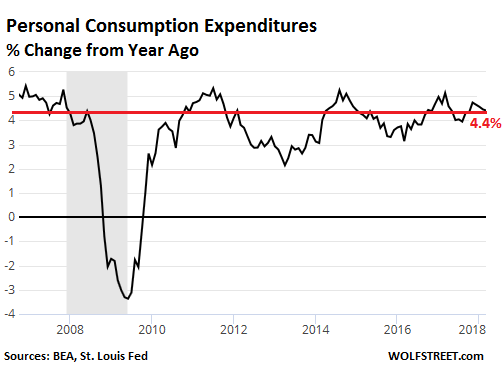 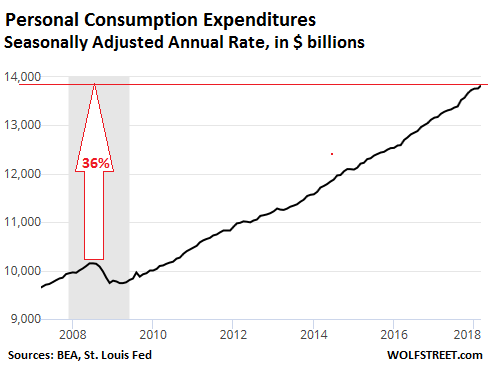 But these numbers of consumer-spending growth do not include the impact of inflation, and inflation is stirring.

The BEA also released the PCE price index this morning – the Fed’s favorite inflation measure because it usually tracks lower than the Consumer Price Index and thus further understates the deterioration of the purchasing power of the dollar as consumers experience it. The PCE price index rose by 2.0% from a year ago, which is right smack-dab on the Fed’s target. And it’s up from 1.7% in February. Note that the Fed’s target of 2% inflation isn’t a minimum, but a target. 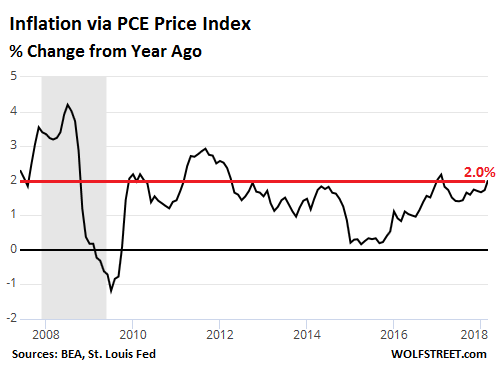