Being the Fed Means Never Having to Say You’re Sorry: Debt or Die

As the central-bank-orchestrated “recovery” sputters out, the evidence of sustainable policy efficacy is clear. You can bloat a lot of things by stuffing them with liquidity, force-feeding cash into markets, but it works less and less over time and the price you eventually pay to do so gets steeper and steeper.

But this late into the game, central banks are married to debt issuance. To admit a significant change in course is warranted is to admit what they have done so far has been a travesty building to a tragedy.

And the only three words you’re less likely to hear in Washington than “I don’t know” (unless it’s during a deposition, and then you’ll hear it a lot) are “I was wrong.”

Of course, those paying attention to the data already knew this. Our politicians and central planners have been peddling to us the fantasy that the global economy is strengthening, finally ready to fire on all cylinders after nearly ten years of dependence on monetary stimulus.

That just ain't so. 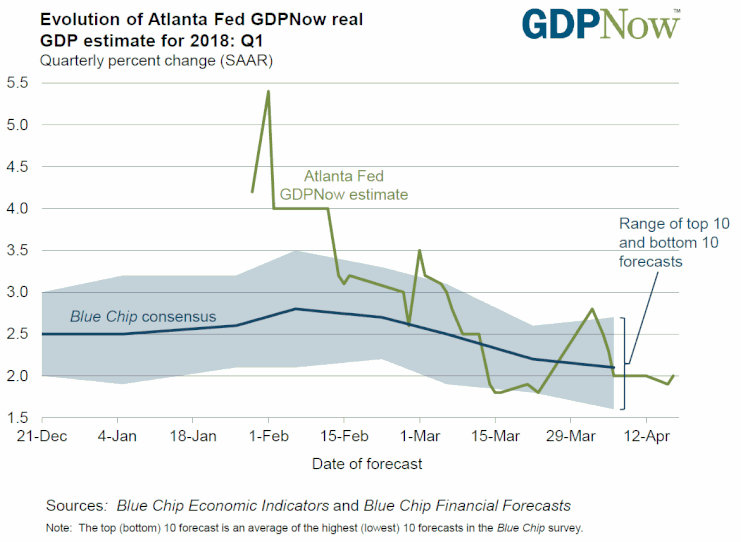 The Federal Reserve of Atlanta's GDPNow measure, which gives a forecast of Q1 2018's expected GDP, is currently coming in at 2.0%, down from the much more vigorous 5.4% growth predicted as recently as early February.

What can ride to the rescue at this point? Not much.

Our 'recovery' since 2008 is now one of the longest on record; another recession will occur sooner or later (Fannie Mae head economist Doug Duncan thinks one will likely arrive by next year[2]).