In 2008, in the midst of full-blown financial panic, a bailout vote was put before Congress. It was framed by the Fed and its cohorts as “must pass” or the entire system would fail. They said, point blank, that regardless of the irresponsibility of what it contained, giant taxypayer-funded free safety nets for giant banks, there was no other way.

The bill did not pass, and the Dow dropped over 1,000 points in minutes. Then, after a few key Congressmen were taken to back rooms and were more forcefully convinced, a re-vote was held. The bill narrowly passed.

The measures governments will take at times of perceived crisis are without limit or constraint and seem inconceivable, and are often outright illegal, until they actually occur.

The war on cash is being taken to a new level. China, the world’s most populous country and the world’s second-largest economy, has said that physical cash may soon become obsolete.

Once physical cash is gone, your liberty is gone because government can easily monitor and freeze all digital payments. The only recourse for the Chinese people once their cash is gone will be physical gold and silver.

This brings me to what I’ve warned about for years… 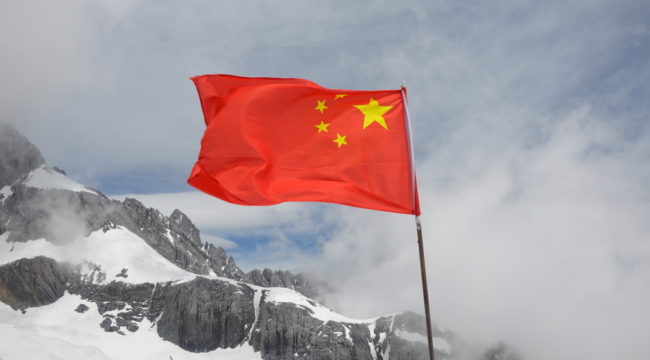 It’s what I call “ice-nine.” This refers to government’s ability to lock down the financial system in the next global crisis. And it won’t be just China.

In the 2008 crisis, governments met the demand for liquidity by printing money, guaranteeing banks and money market funds and engaging in trillions of dollars of currency swaps.

The problem is that the central banks still have not normalized their balance sheets and interest rates since the last crisis and are unlikely to be able to do so before...