LIBOR’s Irrepressible Surge Threatens to Pop the Everything Bubble

Debt is the problem. It’s not a free lunch, and far from having learned any lessons from the 2008 meltdown, we’ve added 42% more global debt to the hyper-overextended levels of a decade ago.

Never mind that none of the systemic causes of the 2008 crash have been remedied; everything deemed too big to fail is far larger now than it was then, and there is now an additional $70 trillion in worldwide leveraged stress on that same ramshackle scaffolding.

Central banks can prop it up for a while. And when they can’t? The biggest crash yet.

Like other benchmark interest rates, when the Libor is low, it means that loans are inexpensive, and vice versa. As with the U.S. Fed Funds Rate, Libor rates were cut to record low levels during the 2008-2009 financial crisis in order to encourage more borrowing and concomitant economic growth. 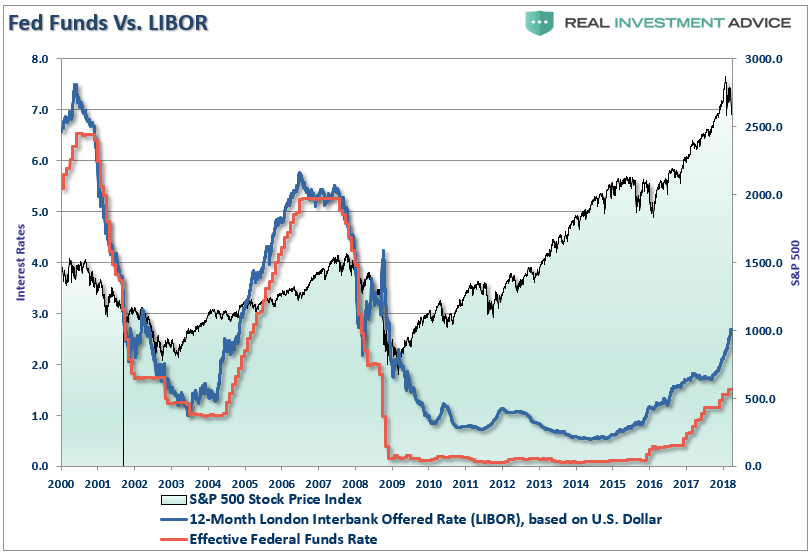 Similar to the U.S. Fed Funds Rate, Libor has been rising for the last several years as central banks raise interest rates. While rising interest rates haven’t popped the major global bubbles just yet, it’s just a matter of time before they start to bite. 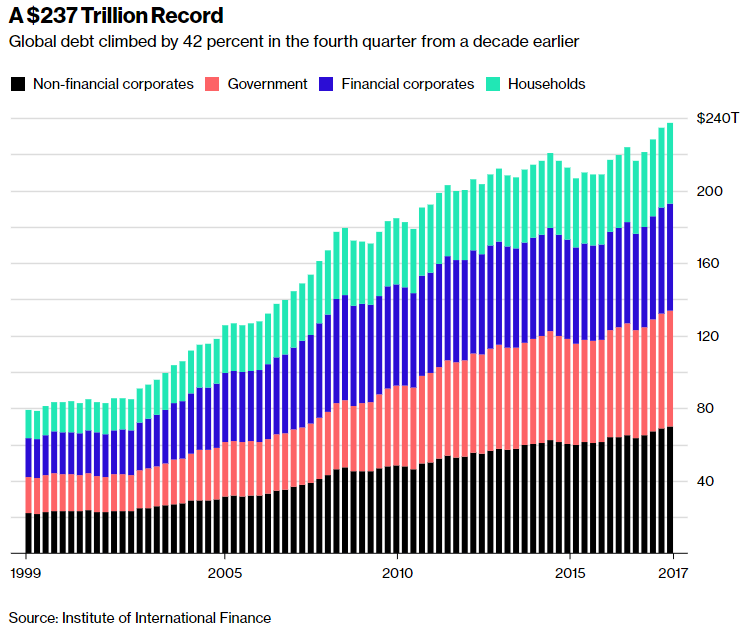 While most economists and financial journalists view the rising Libor as part of a normal business cycle, I’m quite alarmed due to my awareness of just how much our global economic recovery and boom is predicated on ultra-low interest rates.

With global debt up...