Prins: Trade War Will Be Latest Fed Excuse for Yet Another Round of QE

The Fed is the Solution. Capital ‘S’. If there is some sort of ill or turbulence in the US economy, you can bet the Fed will get involved.

So should a trade war gain traction in earnest, the Fed won’t stand idly by. Ever-ready to accommodate at the slightest provocation, Chinese economic policies will be seen as more than enough reason to print more, lend more.

It’s the de facto answer of the entire federal financial apparatus to any problem, challenge, or kink in the system at this point: More debt, without limit, right now, and watch all those sober downside annoyances recede once more into the indeterminate future horizon.

As trade issues push economies to the brink, central bankers are actively taking notice. While they may not be commenting on specific policy, they are offering a measured response. Trump’s protectionist policy has already caught the eye of his new chairman at the Federal Reserve, Jerome Powell. 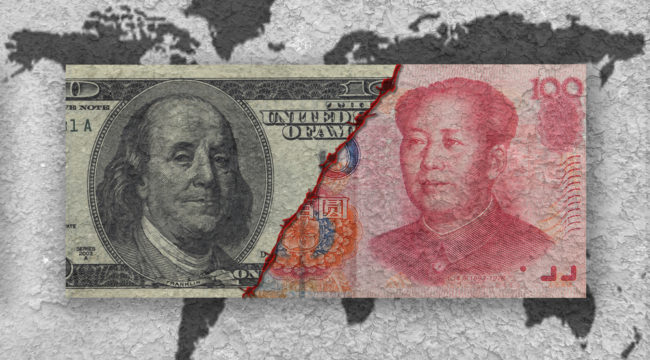 You can bet that deep within the halls of the Fed they are developing a game plan to keep the markets from crashing if trade wars escalate.

This is another reason to believe that trade wars will be met with cheap money policy. You can look at this as a financial see-saw of sorts. Trade wars, or even media soundbites about them, will spark negative markets reactions.

That is why the Fed and other central banks will combat this with cheap words and even cheaper money policies.

If the U.S. does jump into a hot trade war it could find itself needing to make up for the costs. The logical place to turn is to the beacon of more money creation from the Fed or to issue more debt.