Subprime Real Estate Was a Great Investment, Until It Wasn't

TINA is a powerful phenomenon. In ZIRP World, where nothing else yields much of anything, where else are you supposed to invest but in the magical levitating stock market?

Completely ignoring fundamentals and objective reality was a brilliant strategy in subprime real estate, too, for years. The “Next Bigger Idiot” theory worked well; as long as there was someone else a little more insane than you, who would buy your hyper-overvalued house for a little more than you paid, you were just fine.

Until you weren’t. It is the nature of all fiscal folly on a massive scale. At the end of the mass delusion, the minority who refused to drink the Kool Aid are vindicated and the frothing-at-the-mouth masses get to enjoy a massive, punitive hangover.

The stock market is the subprime of today. Gold and silver are the sane contrarian’s choice. 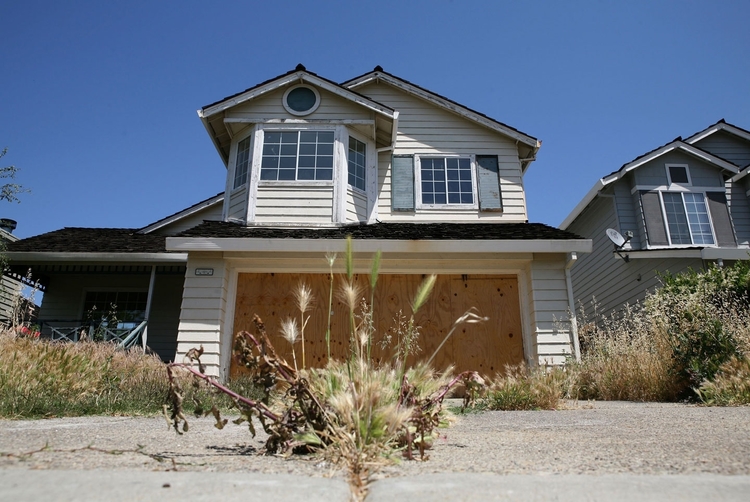 As an asset class that has performed quite well since 2000, it's interesting that gold is so despised.

The popular games at the moment are "momo", TINA, and passive index investing. In reality, it's all the same game. Eight stocks in the nasdaq make up 48% of the index.

If you are in the Nasdaq index and think you are not hugely involved with high-price momo-darlings, you are mistaken. The S&P 500 has a 41% technology weighting.

TINA says There Is No Alternative, not even gold. The Herd is right until it's massively wrong, just as happened in 2000 and 2007. Technically speaking the longer gold is bottled up beneath this resistance, the faster the move once it does break out.

Passive investment, TINA, and MOMO strategies will get crushed (timeline unknown), the late-stage economy will hit recession, and the Fed will respond with cuts....