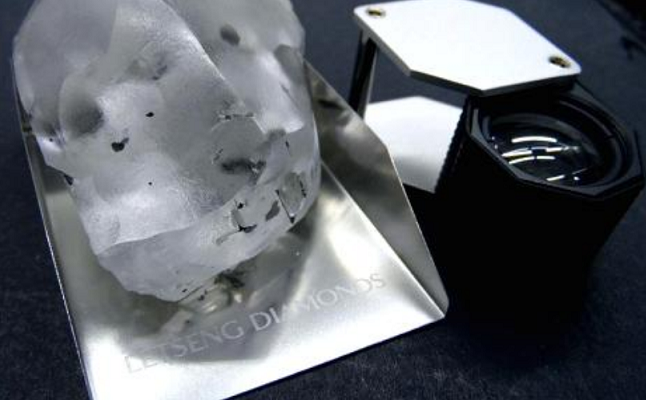 (IDEX Online) – Gem Diamonds Limited has recovered an exceptional quality 910 carat, D color Type IIa diamond from the Letšeng mine in Lesotho which is believed to be the fifth largest gem quality diamond ever found.<?xml:namespace prefix = "o" ns = "urn:schemas-microsoft-com:office:office" /?>

The mining company said in a statement that it is the largest diamond recovered from the Letšeng mine in the landlocked country.

The Letšeng mine has a reputation for producing top color, exceptional white diamonds, and is the highest dollar per carat kimberlite diamond mine in the world, according to Gem Diamonds.

Clifford Elphick, Gem Diamonds’ Chief Executive Officer, commented: “Since Gem Diamonds acquired Letšeng in 2006, the mine has produced some of the world’s most remarkable diamonds, including the 603 carat Lesotho Promise. However, this exceptional top quality diamond is the largest to be mined to date and highlights the unsurpassed quality of the Letšeng mine."

Gem Diamonds did not give a preliminary price for the rough stone since it will need to be carefully examined and decisions made on the best-quality stones that can be cut from it.

The announcement follows one last week by Gem Diamonds last week that it had found two diamonds weighing 117 carats and 110 carats, respectively.

Gem Diamonds owns 70% of the Letšeng mine in Lesotho and the government of Lesotho owns the rest.

Among the other remarkable diamonds recovered from Letšeng are: