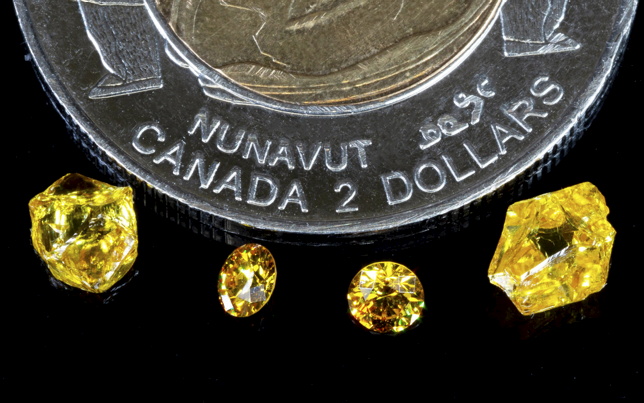 
More than one in 10 of the diamonds bulk sampled last year from the Q1-4 kimberlite at the Naujaat Diamond Project are fancy color, it said.

Of those, 90 per cent are orange and 30 per cent are classified as either "intense" or "vivid" - the two highest color saturation classes and an important indicator of potential value.

Ken Armstrong, president and CEO of North Arrow, said the bulk sample confirmed the presence of an important, potentially high value population of fancy orange and yellow diamonds in both the A28 and A88 units of the Q1-4 diamond deposit.

The Q1-4 kimberlite is was the largest and most diamondiferous discovered so far at Naujaat and hosts an estimated 26.1m inferred mineral resource of Type Ia - Ib fancy-colored diamonds.