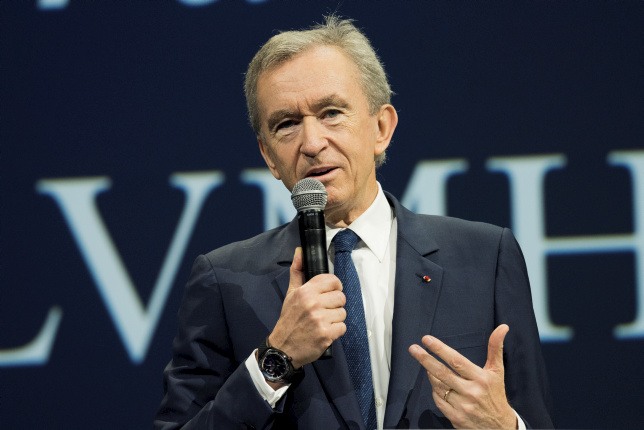 
The New York-based jeweler is still smarting after the French luxury conglomerate dramatically pulled out of its $16.2bn acquisition last month, blaming the threat of US trade tariffs.

Tiffany hit back with a legal attempt to force through the deal, in a case to be heard in January and LVMH then responded by filing its own lawsuit, alleging Tiffany has been so badly mismanaged during the pandemic that it was entitled to simply walk away.

Now Tiffany has made an additional filing to the Chancery Court, Delaware, USA, which will hear the case.

And it directs its ire very much at the billionaire Mr Arnault (pictured), chairman and chief executive of LVMH Moet Hennessy - Louis Vuitton SE, who briefly eclipsed Amazon boss Jeff Bezos as the richest person in the world.

"Mr Arnault did not amass a personal fortune estimated at $77 billion, if not more, and earn a reputation for a 'ruthless approach to acquisitions' without a willingness to use every means and opportunity at his disposal to ensure that LVMH pays the lowest possible price for the assets he desires," Tiffany reportedly said in court documents, according to the fashion Bible Women's Wear Daily (WWD).

When the deal was first announced in November 2019 Mr Arnault described Tiffany as a "jewel". He said he looked forward "to ensuring that Tiffany continues to thrive for centuries to come"....