Inflation expectations hit record low, suggesting Fed may have more to do 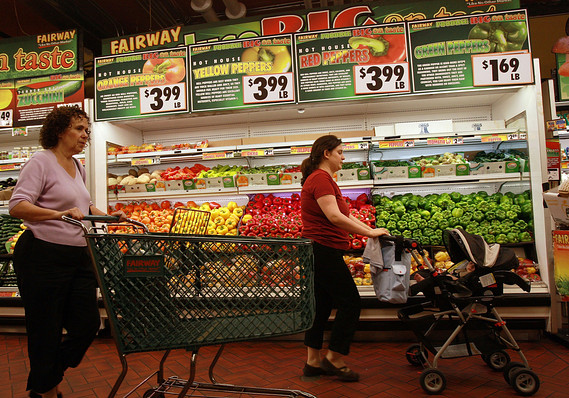 Getty Images
Consumers are becoming more convinced that inflation is slowing and that could eventually mean more interest rate cuts from the Federal Reserve. The New York Fed said Tuesday [1]that short-term inflation expectations decreased by 0.2 percentage points to 2.3% in October, the lowest reading since the start of the series in June 2013.The public’s expectation of inflation three years from now remained steady at 2.4%, also the lowest on record, the survey found.The Fed views inflation expectations as “central” to its interest-rate policy, according to Fed Chairman Jerome Powell. Declining expectations make it difficult for the Fed to hit is 2% annual inflation target. “Once inflation expectations start sliding down, inflation moves down,” Powell said at a press conference last week after the Fed lowered interest rates for the third time this year. In October, wages were up 3%, while inflation was running around 1.7%, just under the Fed’s 2% target.This gain in real wages “matters” to the economy, said Richmond Fed President Thomas Barkin on Tuesday. Read: Fed’s Barkin says recession is not imminent[2] Falling inflation hurts incomes and wages and can lead to economic malaise. A drop in inflation expectations has played a role in the weak economic performance in Japan and Europe.“We of course have watched the situation in Japan and now the situation in Europe. We note that there are significant disinflationary pressures around the world and we don’t think we’re exempt from those,” Powell said.Richard Clarida, Powell’s top lieutenant, on Tuesday said that inflation expectations “reside at the low end of a range I consider consistent with price stability.”The three quarter-point rate cuts engineered since July may help reverse the trend, Powell said.“And, you know, we think
...