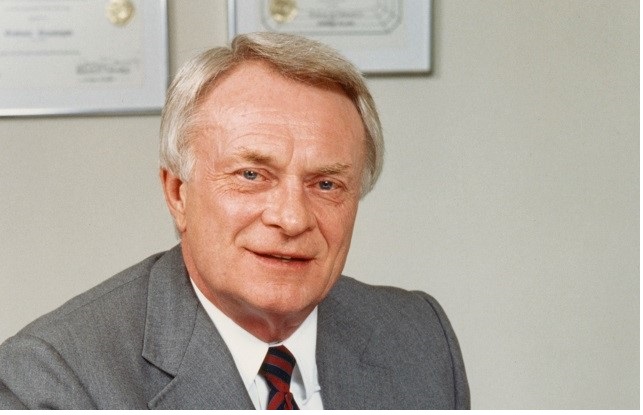 Glenn Nord, a former president of the Gemological Institute of America (GIA) passed away on Sunday, June 9. Throughout his more than 50-year association with GIA, Nord was a student, instructor, president and member of the Institute's Board of Governors. GIA published a news release that said that Nord's "contributions are numerous, his influence far-reaching and his legacy enduring. His devotion to GIA and its mission, together with his clear-eyed and compassionate drive for excellence, helped guide the Institute through difficult times."

"Glenn Nord was a committed advocate for GIA's mission, and for our students and the GIA staff, particularly those in our gemological laboratories," said GIA President and CEO Susan Jacques. "His business acumen and wisdom, shared over decades with GIA management and the Board of Governors, provided strategic guidance that built GIA's success."

Nord, who turned 90 in 2018, earned his GIA Graduate Gemologist diploma in 1959. Hired by GIA's second president Richard T. Liddicoat in 1961, Nord became one of GIA's corps of traveling instructors, combining gemological training for students with energetic promotion of GIA to local jewelers. He pioneered the Institute's corporate training programs and, in 1970, took GIA instruction to Israel and Japan, beginning a global outreach that now spans 14 cities in 12 countries.

In 1974, Nord left GIA to pursue an opportunity in the international diamond trade. In 1983, the Board of Governors asked him to return as president of the Institute during the transition from then-president Richard T. Liddicoat. With the appointment of Bill Boyajian as GIA's president in 1986, Nord retired. He remained on the GIA Board of Governors until his death, the last few years as Governor Emeritus. He received GIA's highest honor, the...