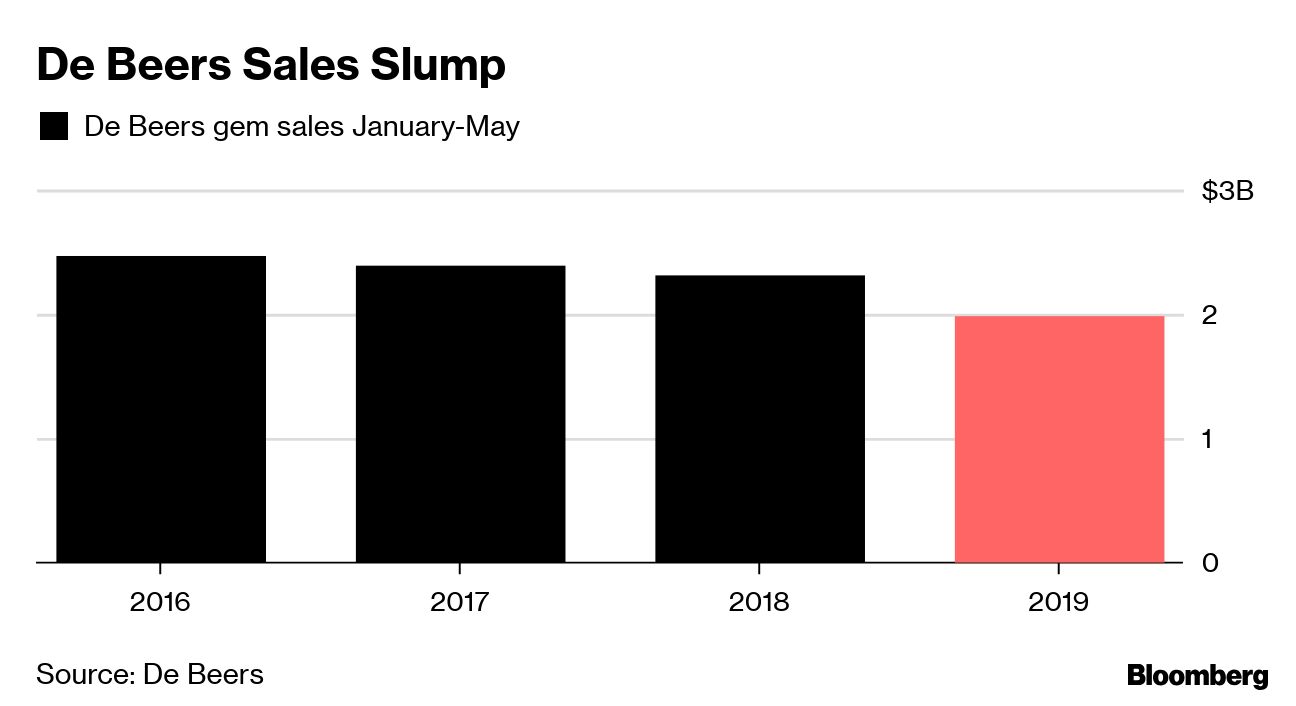 De Beers’s diamond sales plunged to the lowest since 2017 in the company’s latest offering, underlining a slump in the industry worldwide.

Sales by the Anglo American Plc unit dropped 25% from a year ago to $415 million, and were down 29% from an offering last month. It’s often a quieter time of the year because the industry has already restocked after the key holiday period, but total sales so far in 2019 are still much weaker than in previous years.

Diamond miners are struggling across the board, especially those producing cheaper and smaller gems where there is too much supply. In December, some of Rio Tinto Group’s customers refused to buy cheaper stones, while De Beers was forced to cut prices toward the end of last year and offer concessions to buyers.

Still, De Beers has held prices relatively stable so far this year. That has led to customers declining to take up all the stones they’d previously agreed to buy as they struggle to make a profit at current prices. They’ve also been hit by a shortage of finance and stagnant end demand, and a weaker rupee has made gems more expensive for Indian manufacturers, who cut or polish about 90% of the world’s stones.

"Cycle four saw lower rough-diamond sales against a backdrop of macroeconomic uncertainty, and as we enter a seasonally slower period for the industry with Indian factories closing temporarily for the traditional holiday period,” De Beers Chief Executive Officer Bruce Cleaver said in a statement.

De Beers sells gems at 10 sales a year in Botswana to a select group of customers. The buyers are expected to specify the number and type of diamonds they want, and then carry out the purchases at a price set...