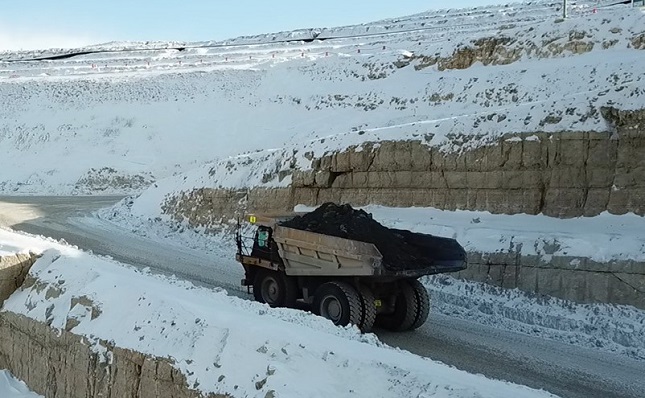 On March 5th, exactly 11 years to the day that De Beers Canada took control of operations at Victor Mine, the final haul truck brought the last load of ore from the pit to mark the end of mining activities at Ontario’s first and only diamond mine.

The honour of driving the last truck went to Nancy Wesley, of Kashechewan First Nation. She worked at Victor for 11 years, as a haul truck driver, dozer operator and production drill operator. “Last haul truck out of Victor Mine,” Nancy called over the radio. At the top of the ramp, two dozen colleagues gathered to send her off.

Forecast to produce six million carats during its life, the mine has already surpassed eight million carats thanks to a record 935,000 carats recovered during 2018 alone, 58 percent higher than the 2018 forecast. Victor will continue to process stockpiled ore until early May.

“That is something really special,” said Brian Kilbride, Senior Mining Manager, at an emotional final toolbox meeting with the mining team after the last ore was hauled from the pit. Kilbride has worked at Victor since before it went into operation. “I’m extremely proud of what we have been able to accomplish in that pit and I think everybody has gained a lot of great skills that you can take anywhere in this country.”