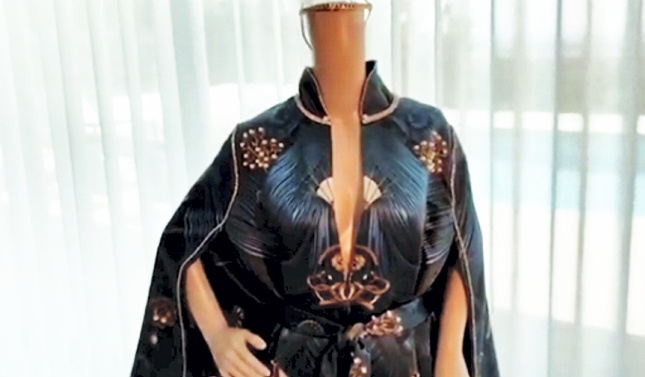 
It was studded with 15 red diamonds, from one and a half to four carats worth $23.8m in total, plus a host of other gems.

Wingham has a reputation for adding extravagant sparkle to cake and couture for the ultra-rich.  In 2015 she baked and decorated a 6ft-long cake decorated with 400 one-carat and 35 three-carat white diamonds and 75 three-carat black diamonds at a cost of $74m.

Her latest venture was a party dress for an unnamed Lebanese client, who celebrated her 40th in style with a main party at her her mansion in Mijas, Spain, and 20 lavish lockdown parties for her friends around the world, each of whom received a $4,000 goody bag.

Centerpiece of the whole extravaganza was Wingham's modern take on the traditional Middle Eastern abaya dress that was literally dripping with diamonds.